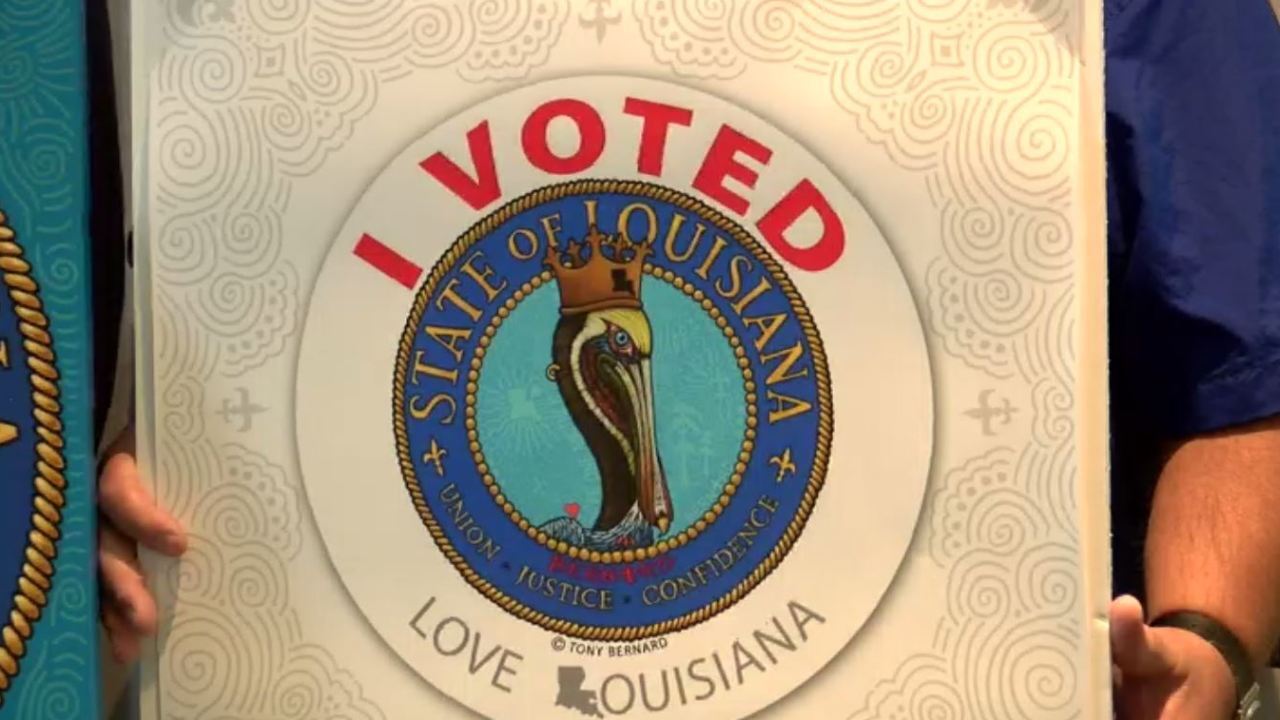 MONROE, La. (AP) - Louisiana's 2019 "I Voted" sticker has won a national award for originality and creativity from the U.S. Election Assistance Commission.

The sticker, created by Cajun artist Tony Bernard of Lafayette, featured a pelican wearing a crown centered in a rendition of the state seal. Voters received the sticker when they cast ballots in the Oct. 12 primary and Nov. 16 runoff elections.

Secretary of State Kyle Ardoin said his agency spent $18,000 for the more than 3 million stickers distributed at Louisiana's polling places.

"It was great to look out on Election Day and see everybody wearing my artwork on their shirts," Bernard told The News-Star.

The first "I Voted" stickers issued by the secretary of state's office were done for the 2016 presidential election, featuring the late Acadiana artist George Rodrigue's iconic "Blue Dog." Ardoin said his agency is considering Louisiana artists to produce a new sticker for this year's election.

"It could be a collectors' series," he said.