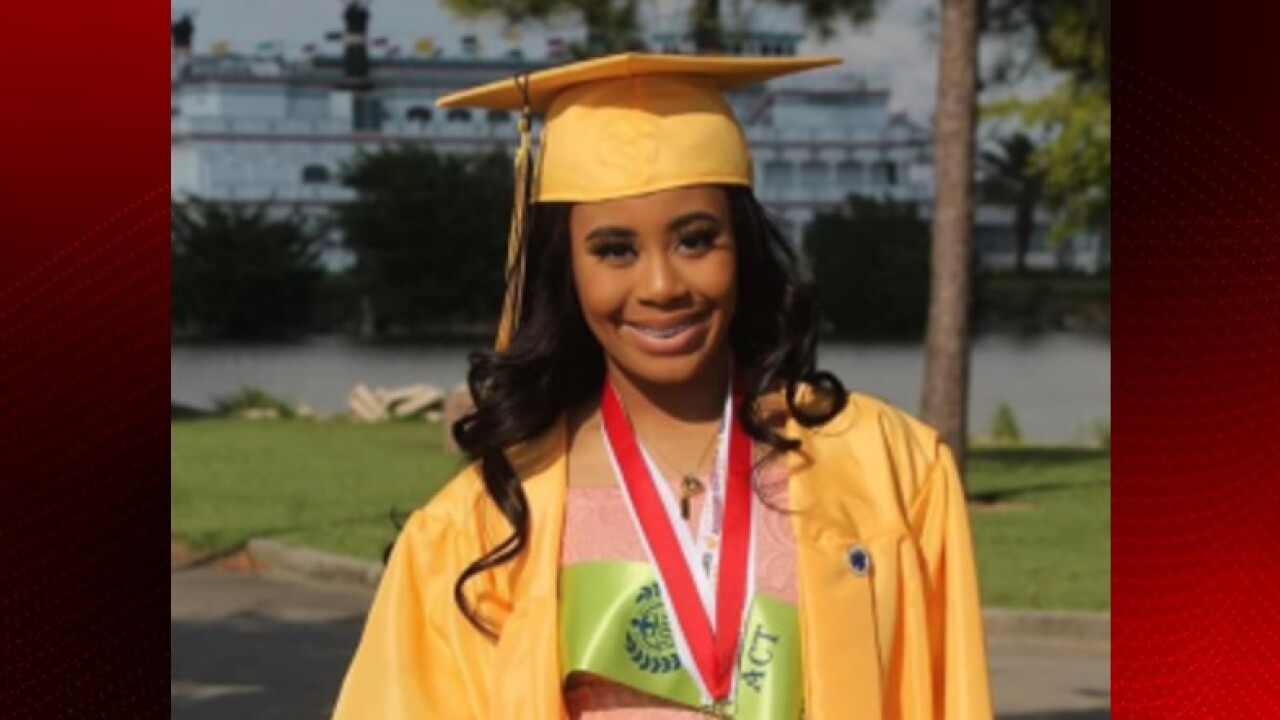 ST. JOHN THE BAPTIST PARISH — A teenager from St. John the Baptist Parish has died following a near-drowning while on vacation in Orlando. She was scheduled to start school at UL Lafayette in August.

According to the St. John The Baptists Parish President Natalie Robottom, 19-year-old Jayla Tassin died Monday. A post on the parish's Facebook page stats that Tassin was pulled under by a rip current while on a trip to Daytona Beach.

"A large wave swept her out and under deeper water. Despite a valiant effort to save her, Jayla never recovered," The post by Robottom reads.

Tassin was a 2019 graduate of East St. John High school and was expected to leave in August for college at The University of Louisiana at Lafayette.

"'Loving, beautiful, kind, warm spirited' are just some of the adjectives used to describe Jayla. She has left her mark on our community and St. John the Baptist Parish will always be Jayla's home. She will never be forgotten," Robottom said in a statement.