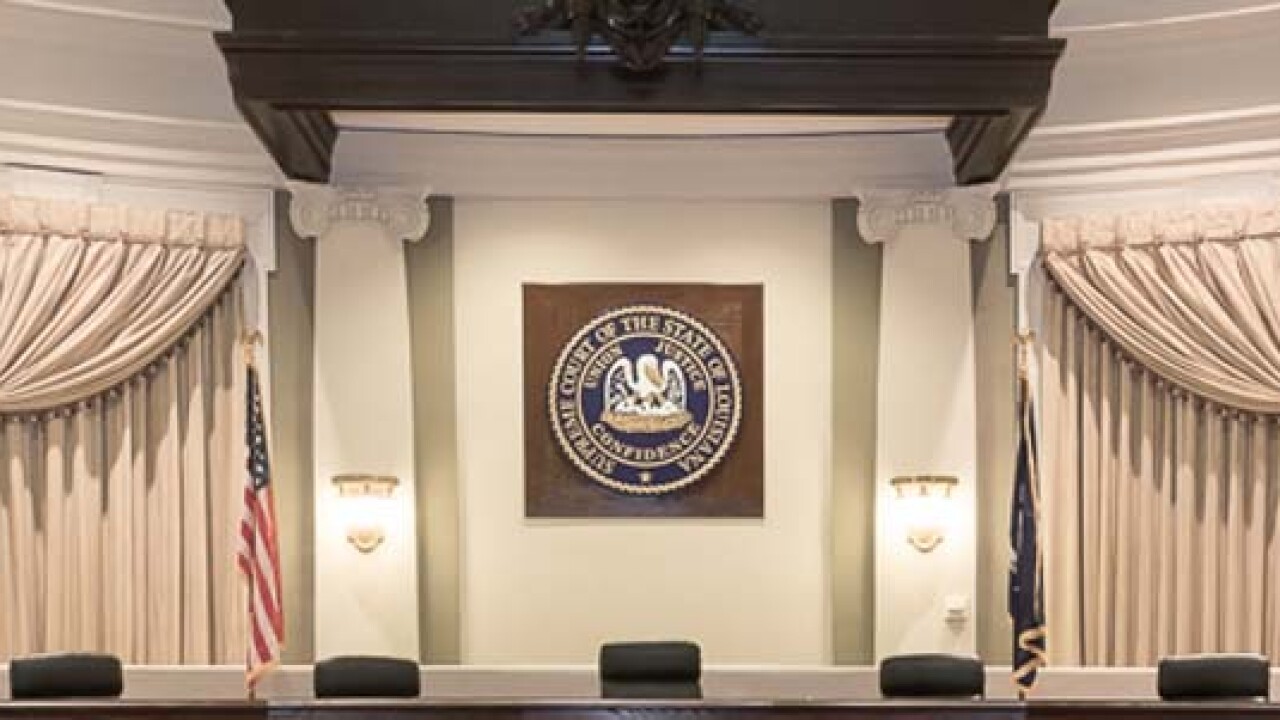 The Supreme Court announced Wednesday that it has created the Louisiana Supreme Court Technology Commission, which will be made up of judges across the state who will identify technology needs and take steps to address them for courts.

According to a release, the standing commission of the court will consist of judges from various levels of the judiciary that will establish goals for implementing technology needs, devise best practices and suggest necessary rule changes for the technology goals for the judiciary.

The court states that 24th Judicial District Court Judge Scott Schlegel will chair the commission. Schlegel was recently named the recipient of the American Legal Technology Award, earned by a court or judicial officer for displaying outstanding use of technology that achieves a significant benefit to the public.

Schlegel was elected to the 24th Judicial District Court for the Parish of Jefferson, Division D, in May 2013, and was later appointed to the Court’s Management Committee, and currently serves as the Chairperson of the Specialty Treatment Court Committee for the 24th JDC.

The release states that initial members who will serve a term of two years from the date of this order are: