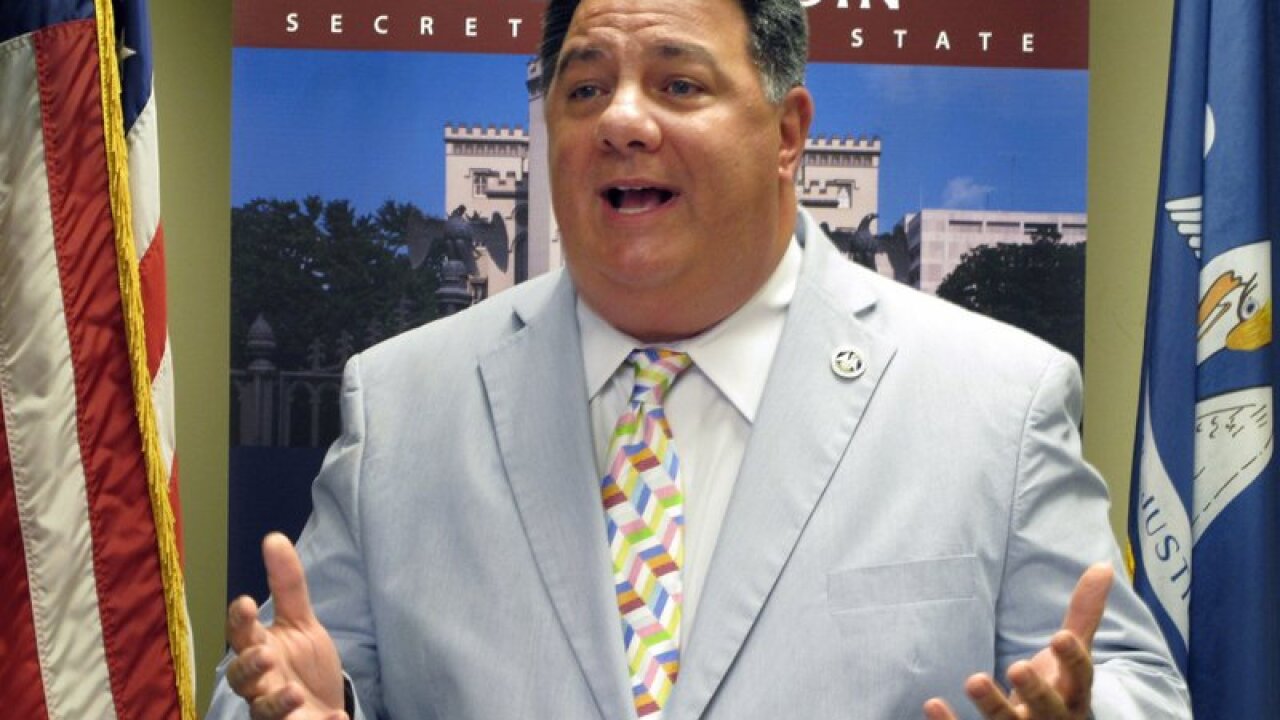 BATON ROUGE, La. (AP) — Louisiana is restarting its stalled effort to replace its voting machines, with the solicitation for bidders expected to go out shortly, Secretary of State Kyle Ardoin said Tuesday.

New machines, however, won’t be in place quickly. Louisiana will continue casting ballots this fall on the same types of voting system that it has used for 15 years, without the paper backup advocated by many elections security experts.

“It’ll be after the election. It won’t be for the presidential election, because we don’t have the time to get through the (bid) process completely,” Ardoin, the state’s chief elections official, told lawmakers during a House Appropriations Committee budget hearing.

Allegations of improper bid handling derailed a previous effort to replace Louisiana’s voting machines, so the secretary of state’s office has had to redo its vendor search process.

Ardoin’s office has $5.8 million in federal money for voting machines set aside whenever his agency enters into a new contract. He’s asking lawmakers to steer another $1.3 million in state financing to the plan in next year’s budget, to draw down additional federal dollars.

That would bring the total amount available for voting machines to more than $12 million, the secretary of state told lawmakers. The machines, whether leased or bought, are expected to cost millions more, but Ardoin said the $12 million would be enough for the first phase of the multiyear replacement plan.

National experts have warned about the type of voting system that Louisiana and a few other states use because the electronic voting machines do not produce a paper record that allows voters to verify their choices before casting their ballot. They say these machines are vulnerable and hackers could manipulate outcomes without detection.

Louisiana intends to add a paper trail for the new voting machines it will buy or lease, but it’s unclear when that new system will be in place.

Ardoin has repeatedly defended the current paperless voting machines as protected. He’s asking lawmakers for a $1.5 million spending increase in his agency in the upcoming 2020-21 budget to pay for new cybersecurity staff and computer upgrades.

“How safe do you think that our process is now? And is there any thought in your mind that we could be compromised in terms of an election and the outcome of an election?” asked Rep. Denise Marcelle, a Baton Rouge Democrat.

Ardoin replied: “I do not think the outcome of an election will ever be compromised.”

Cybersecurity experts have questioned if such efforts are enough, however, because of data transfers among computers and other machine warehousing vulnerabilities.

The secretary of state’s office started searching for a voting machine contractor in March 2018, soliciting bids to replace 10,000 voting machines bought in 2005 with smaller devices that have improved technology and provide the paper record of votes.

But a multimillion-dollar contract award was scrapped months later. The state’s chief procurement officer said the secretary of state’s office didn’t follow legal requirements in choosing the winning vendor. Ardoin disagreed. But he said he is working closely with the procurement office on the new bid solicitation in the hopes of heading off any repeat problems.