UPDATE: One person dead in I-10 fiery crash

No timeframe on when road will reopen 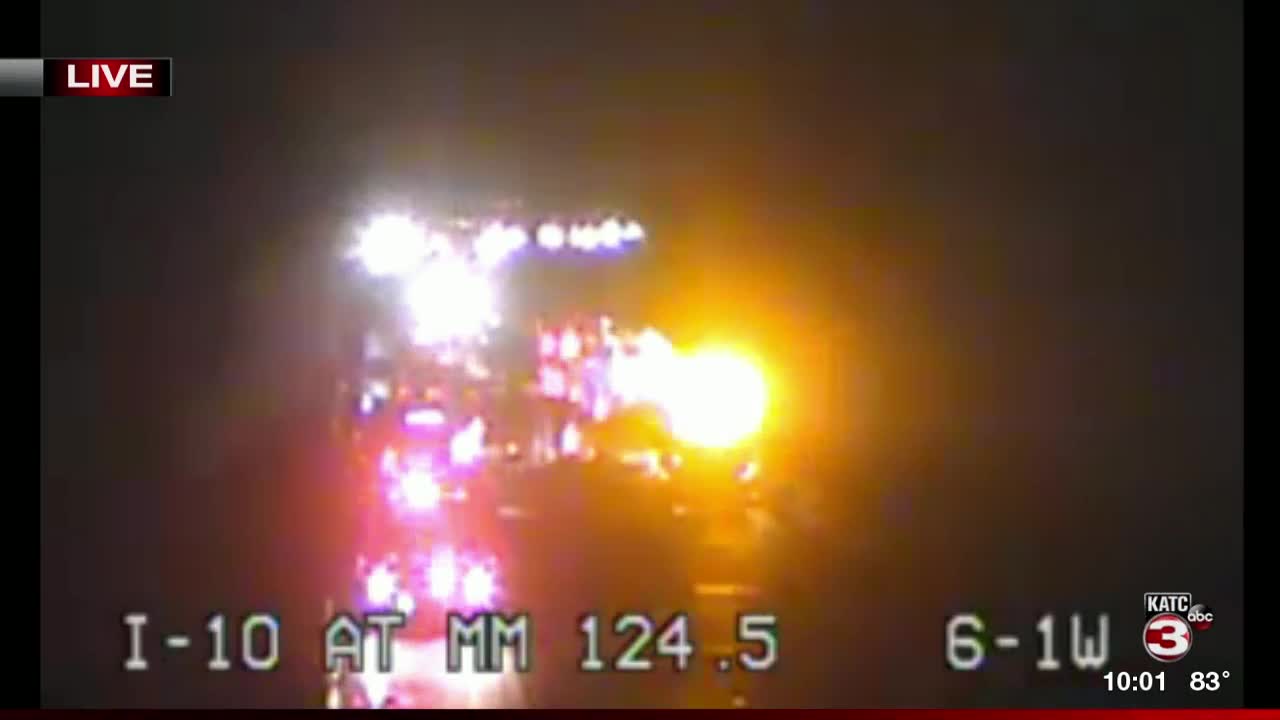 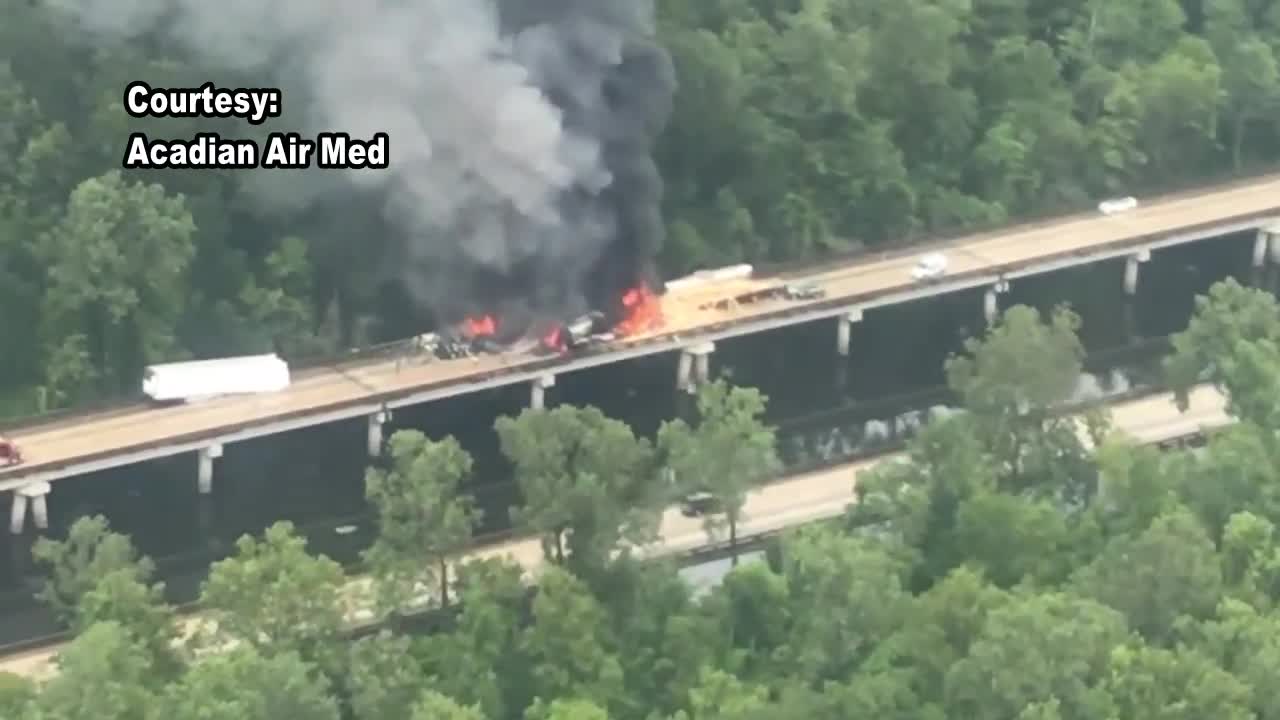 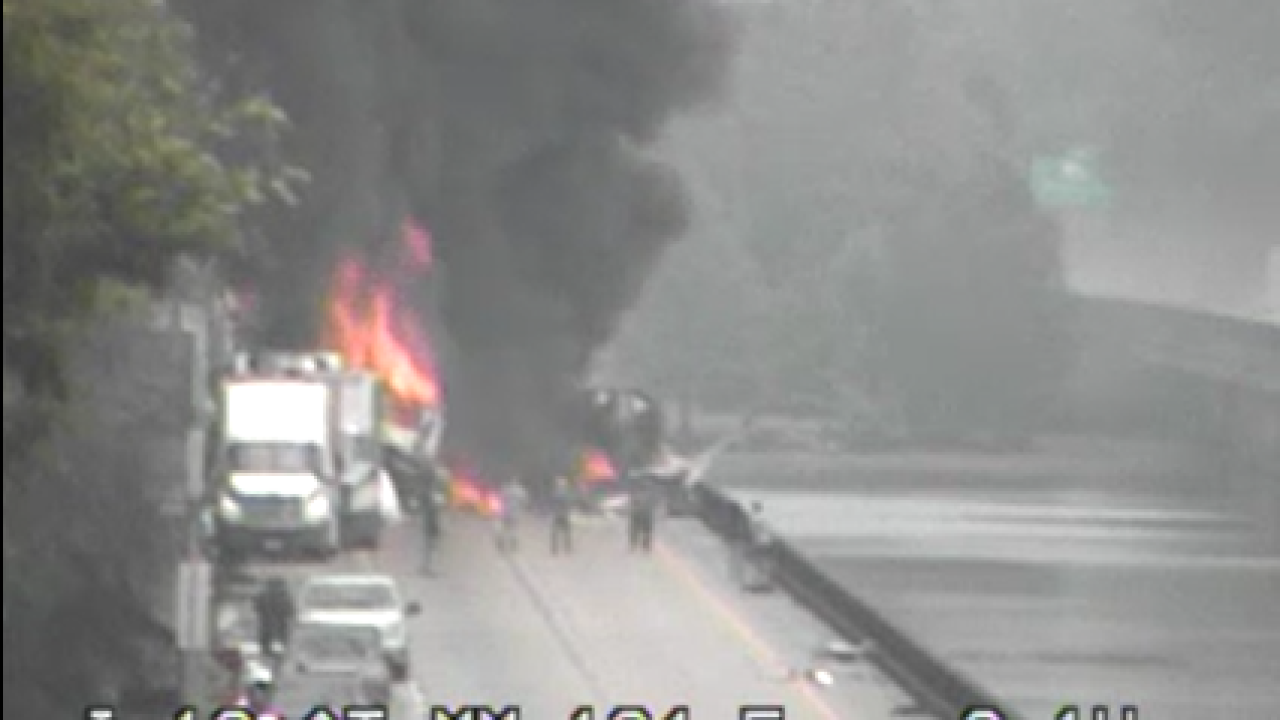 These closures are due to a fiery crash that involved multiple vehicles and claimed the life of one person. State Police say they found the body of a still unidentified person at the crash site following hours of trying to extinguish the flames.

Louisiana State Police says the fire was still smoldering as of 7:00 p.m. Monday evening. The crash occurred around 2:00 p.m.

The fire began, according to police, on a logging truck.

As of 7:00 p.m., all eastbound traffic has been cleared from the crash scene back to I49. Westbound traffic on the east side of the crash is being routed off the I-49. Most passenger cars have been removed and now commercial vehicles are being removed.

Police say that there is no confirmation on the number of injuries involved. Troopers believe that at least 4 people were injured and one person was killed in this crash. That identity is unknown. There is no timeframe of when the roadway will be reopened.

Spokesman Thomas Gossen says that hazmat technicians are assessing the scene and cleaning crews are on standby to begin cleanup. Wreckers have not removed any vehicles as of yet.

Louisiana State Police confirm that one person was killed following a fiery crash on the Basin Bridge Monday afternoon. An identity has not been released.

As of 4:30 p.m. crews are still on scene of a fiery crash on the Basin Bridge. Smoke can still be seen coming from the vehicles and area around the crash.

There is still no timeline on when this incident will be cleared or when the roadways will be reopened.

State Police are on scene and say they are working this incident as a hazmat situation. State Police say that one 18-wheeler was carrying a highly flammable marine pollutant.

I-10 West and East are closed at this time.

The fire broke out after a crash on the Basin Bridge near mile marker 125 on the Atchafalaya Basin Bridge, according to State Police. The fire has been burning since 2:00 p.m.

Images provided to KATC from the scene show multiple vehicles involved. It also appeared that a load of lumber had spilled onto the roadway.

Two people were airlifted following the crash according to first responders. State Police confirm that only minor injuries were reported. There were no fatalities.

An evacuation was issued for the drivers in cars parked on I-10 because of the fire near the incident. Crews are now working to redirect those drivers who are behind the crash back in the direction of Baton Rouge, according to State Police.