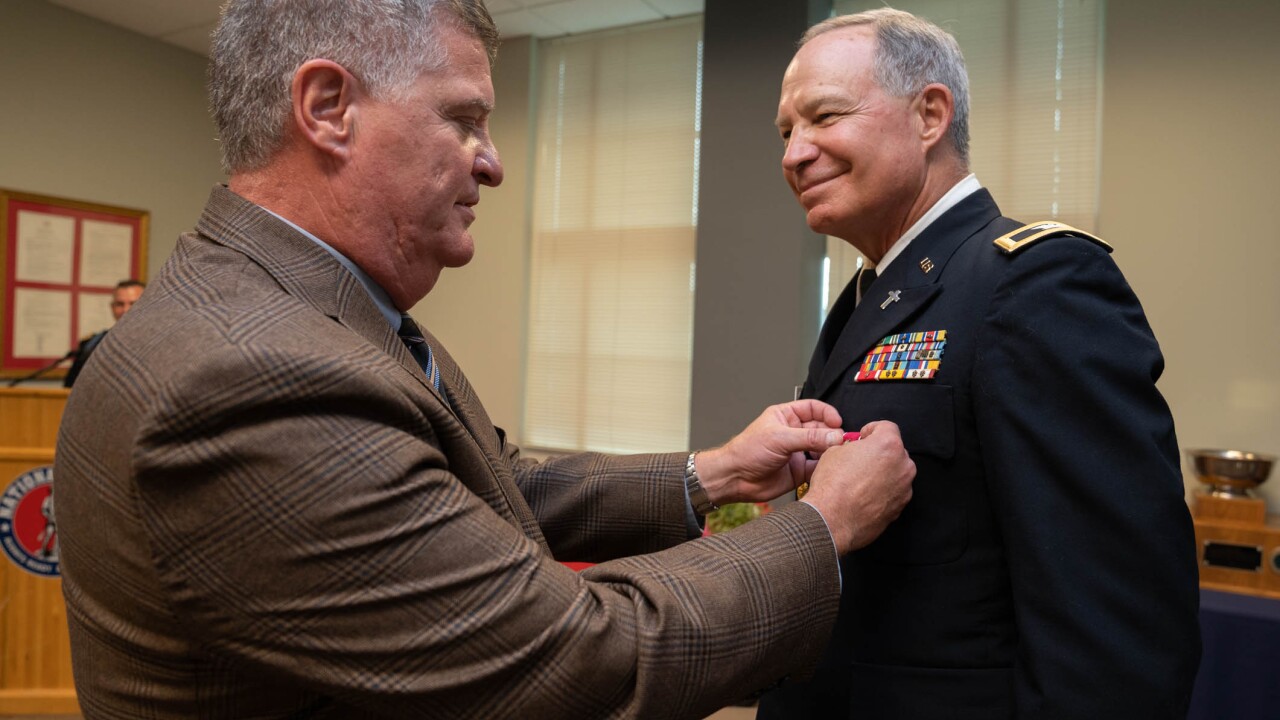 As the state chaplain, Mitchell was responsible for tending to the spiritual and moral well-being of LANG members and their families. He performed religious rites, conducted worship services and provided confidential counseling.

“I knew I was retired when Hurricane Laura was coming down the hatch and my wife said my mom wanted me to come spend the night with her,” said Mitchell. “I said, ‘wow, I’m asleep at home during a hurricane!’”

Mitchell saw two overseas deployments to Afghanistan in 2004 and Iraq in 2008 where he played an important role in his commanders’ programs for operational stress control.

“He answered the call, because he knew his Soldiers needed his care,” said retired Maj. Gen. Glenn H. Curtis, former adjutant general of the LANG. “In between those deployments, all of us that live in Louisiana know we’ve been through a lot of hard times with catastrophic events. He [Mitchell] has always stepped forward and made sure he provided the care to the men and women of this organization and to their families in times of need.”

Chaplain Lt. Col. Page Brooks, whom succeeds Mitchell as the new state chaplain, presented Mitchell with a shadow box from the Chaplain Corps.

“It’s been my honor to have served with you,” said Curtis. “I have enjoyed being shoulder-to-shoulder with you and being your battle buddy on a lot of occasions. For what you’ve done for me over the years … I thank you for that.”

Mitchell and his wife, Edie, reside in Baton Rouge, La., and have four children: Lauren, Ben and Jonathan.