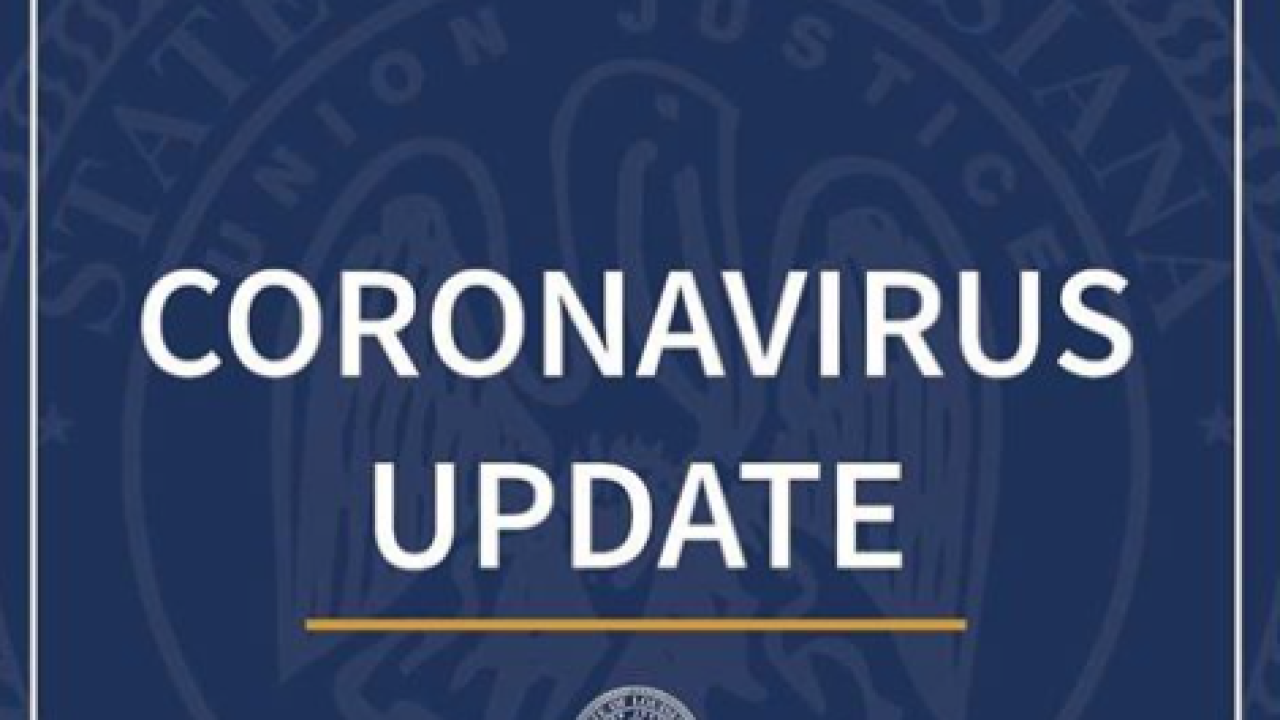 Edwards said that he had received a breifing from the National Weather Service on Cristobol. He said that while it is still too early to tell what the storm will do, the state should still expect and prepare for a severe weather event to hit later this weekend.

Edwards warned that substantial rainfall is forecast for later this week so the ground will be saturated before Cristobol arrives sometime Sunday or Monday.

According to Edwards, models predict that the storm will be centered on the Atchafalaya Basin and Vermilion Bay areas.

Edwards said that while the storm is on track to hit South Central, it could shift East or West so he is paying more attention to the cone of the storm that shows that all of Louisiana will be impacted.

According to Edwards, the most reasonable worst case scenarios are 10-15 inches of rain over a 48 hour period in the East, and 8-10 inches of rain that could be seen in the West.

Edwards said that the NWS had issued flash flood warnings through Tuesday of next week. He said that river levels are lower than they were last year, which means there is more capacity for rainfall and the potential for substantial flooding activity.

He added that there is currently no threat of levees being overtopped on the Mississippi River.

Edwards warned that high winds are expected at 60 MPH. He said that coupled with an already saturated ground could meant that it won't take as much wind to damage trees and utility poles if the storm makes landfall.

Edwards said that the potential for storm surge along the coast is also being looked at as 150 of the 678 gates in the coastal zone have been closed.

Edwards said that everyone should be prepared to ride out the first 72 hours of this storm and that they should prepare by collecting necessary supplies and have a game plan ready. He also advised residents to stay informed of weather alerts from local media and local officials.

Edwards also said that residents can pre-register for SNAP disaster benefits from the Department of Children and Family Services at DCFS.Louisiana.gov/DSNAP.

DSNAP provides eligible low- to moderate-income households who do not normally receive SNAP benefits with help buying groceries due to lost income or damages following a disaster.

Louisiana will transition to Phase II on Friday, Gov. John Bel Edwards said in a press conference on Monday. The governor will sign the proclamation on Thursday that will have the details; it will expire in three weeks, when the situation will be reviewed again.

A total of 2,759 people have died of the disease in Louisiana as of Tuesday. This includes 35 more deaths than were reported yesterday. The LDH is reporting that 31,728 coronavirus patients are "presumed recovered" (updated weekly).