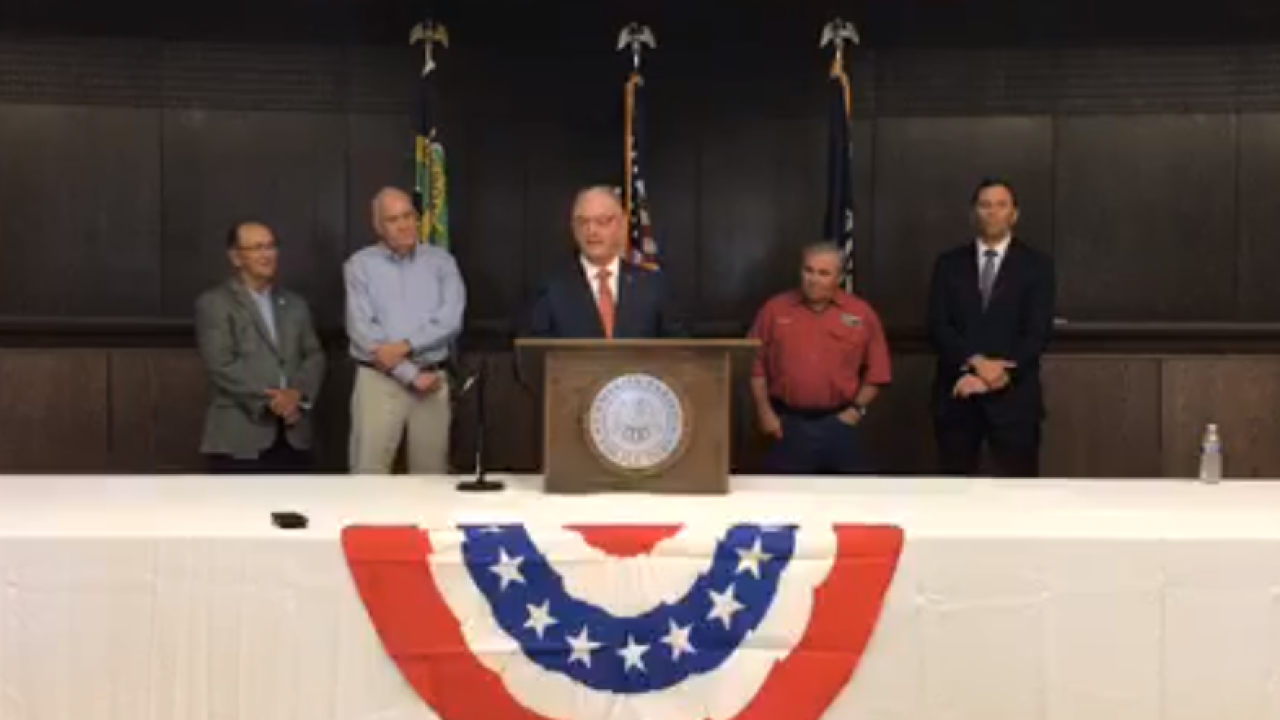 BATON ROUGE – Today, Gov. John Bel Edwards announced three additional miles of unique rock breakwaters to the shoreline that protects the Rockefeller Wildlife Refuge in Cameron Parish is being made possible by an $18 million partnership between the Coastal Protection and Restoration Authority (CPRA) and the Cameron Parish Police Jury.

“Thousands of people come to Rockefeller Refuge every year to explore and appreciate this beautiful piece of Louisiana's coast in Cameron Parish, and we are happy to announce a new partnership and new funding to further preserve and protect this shoreline," Gov. Edwards said. "Our federal, state and local partners took a big problem—coastal erosion and difficult soil conditions—and came up with an innovative solution through good science and engineering. Looking to the future, our coastal program is going to face big challenges and we will find new ways to be successful in order to meet those challenges just as we have done here. Louisiana innovated, and Louisiana found a way forward.”

Instead of using the traditional method to build the breakwaters, the structure will utilize large bags of lightweight aggregate to support the heavy rocks on the surface.

“We tested several methods of shoreline protection in areas like Rockefeller,” said CPRA Board Chairman Chip Kline. “Through careful analysis and experimentation, we’ve created this new method. The announcement today is not only about our past success, but it’s also about building upon that success.”

The first four miles of rock breakwaters are the result of a federal and state partnership between CPRA and the National Marine Fisheries Service funded through the federal Coastal Wetlands Planning, Protection, and Restoration Act CWPPRA. Of the budgeted $28.2 million for construction, CPRA funded $4.1 million in addition to the $1 million from the Louisiana Department of Wildlife and Fisheries (LDWF).

“We’ve been at the forefront of scientific research during the 64 years we’ve managed this refuge as a haven for coastal wildlife, fisheries, and marshlands,” said LDWF Secretary Jack Montoucet. “More than 350 research articles have been published on studies at Rockefeller, so contributing a new method of helping save our shoreline from erosion—with applications to other areas of Louisiana’s coast—is right in line with our history of caring and accomplishment.”

“I grew up here, and watching the erosion at Rockefeller and the Chenier Plain Coastline was personally painful," said State Representative and former Cameron Parish administrator Ryan Bourriaque. “The shoreline was retreating at an average of 46 feet per year, endangering the coastal marsh habitat and all of the 71,000 acres of the refuge. Already we’ve seen evidence of sediment build-up behind the breakwaters and the marsh starting to hold its own, and even gain ground in places.”

“In addition to the matching portion, we’re also investing $4.3 million of our Community Development Block Grant Disaster funds,” said Joe Dupont, President of the Cameron Parish Police Jury. “We consider this an investment in protection for an important portion of our parish.”

CPRA is adding $5 million of 2018 State Surplus funds to bring the total shoreline breakwater protection to about 7 miles along the coastline of the refuge.

“Louisiana’s coastline is always a challenge, never as uniform as most people think,” said State Senator Blade Morrish. “West of the Rockefeller Refuge, soil conditions are much better, and the parish is going to self-finance construction of a total of six miles of rock-only breakwaters at three locations. That wouldn’t work on the eastern end of the parish in front of Rockefeller, so we really must thank CPRA and its federal partners for inventing new ways to save a challenging portion of our coast. The construction techniques pioneered here in Cameron Parish could have far-ranging applications in the fight to slow down and reverse the erosion in coastal Louisiana.”