Gov. Edwards announces death of 33-year-old staffer due to complications from COVID-19 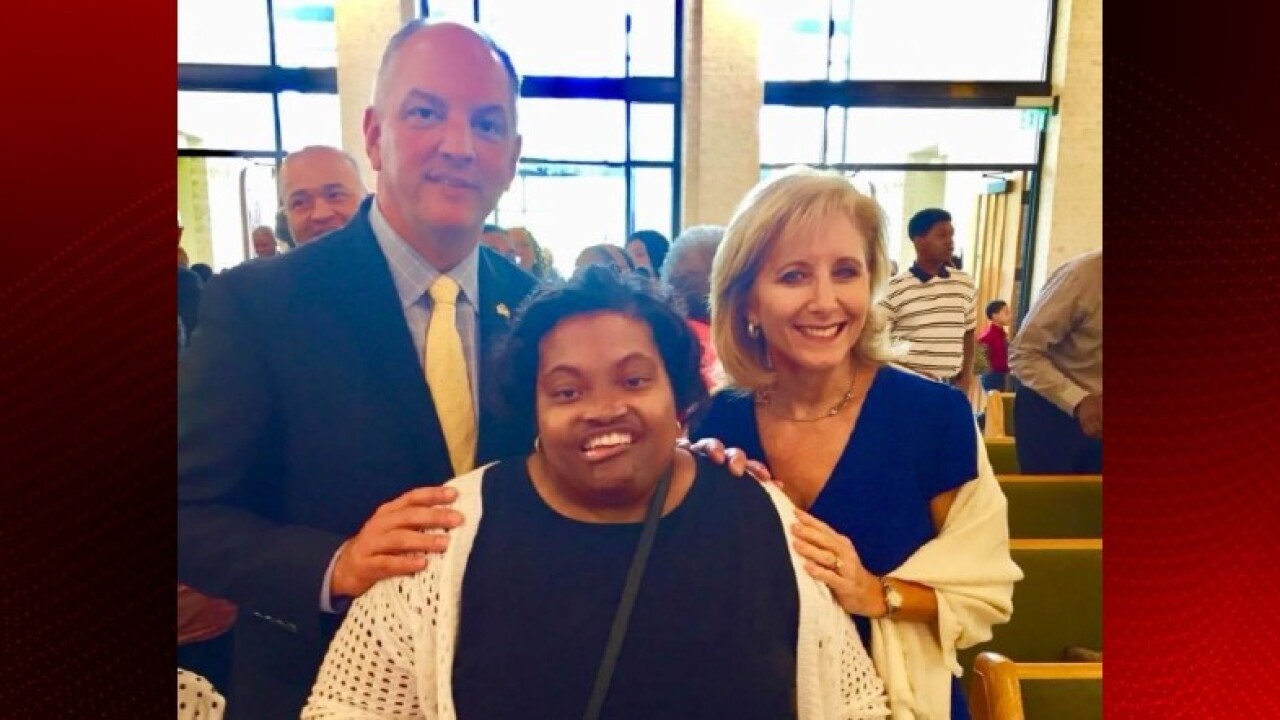 April Dunn served in the Governor's Office of Disability Affairs and was a "tireless advocate" for people with disabilities.

Gov. Edwards issued the following statement on behalf of himself, First Lady Donna Edwards, and his administration:

It is with heavy hearts that we mourn the loss of our dear April. She brightened everyone's day with her smile, was a tremendous asset to our team and an inspiration to everyone who met her. She lived her life to the fullest and improved the lives of countless Louisianans with disabilities. April worked hard as an advocate for herself and other members of the disability community. She served as the chair of the Louisiana Developmental Disabilities Council, and when I created the State As A Model Employer Taskforce, April told me how much she wanted to be part of it because of her struggles to find meaningful employment. I was proud to have an advocate like April on the task force and on my staff. She set a great example for how other businesses could make their workforce more inclusive. I ask the entire state to join us in prayer for April's mother Joanette and her grandmother Gloria.

A PSA April filmed with Governor Edwards in 2018 can be found here.