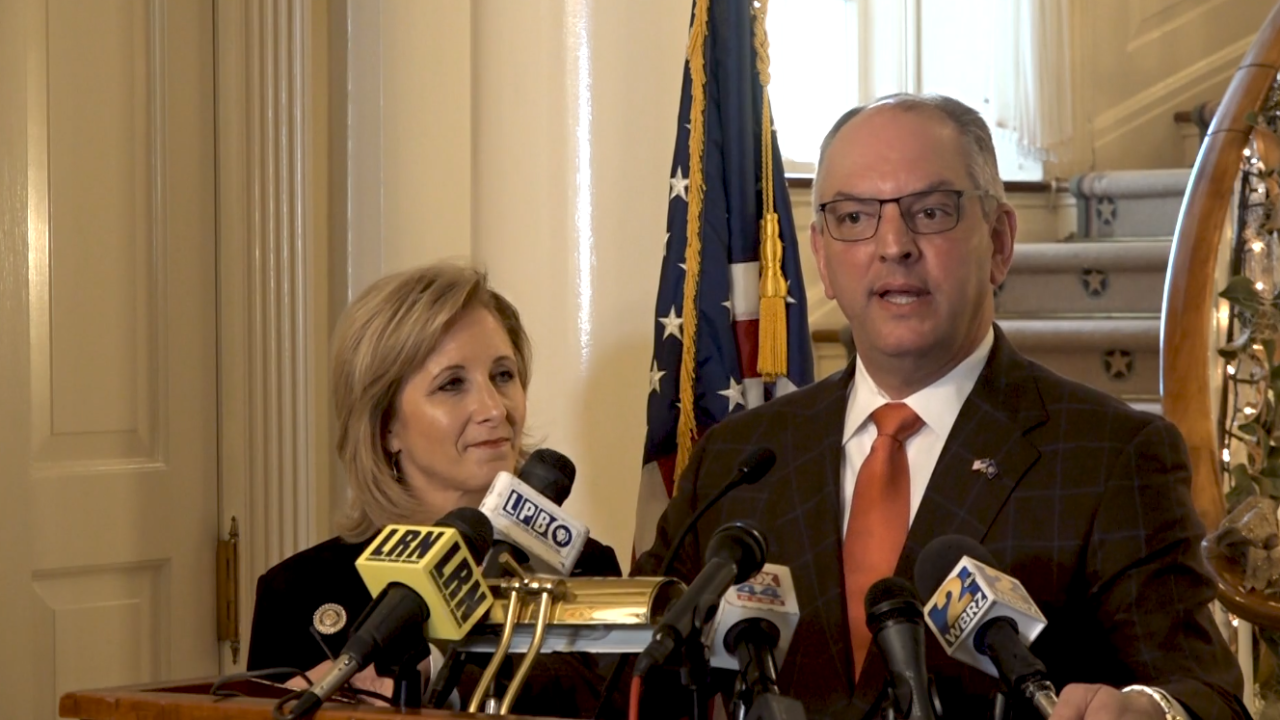 BATON ROUGE, La. (AP) - Louisiana Gov. John Bel Edwards sketched out the broad outlines of his agenda for a second term Thursday, proposing new investments in education and saying he hopes the new Legislature will choose compromise over obstruction.

The Democratic incumbent said his top priority will be new dollars for early childhood education, an issue he frequently cited as he campaigned. Edwards also said he'd continue to seek K-12 teacher pay raises and more money for public colleges, building on increases he and lawmakers adopted this year.

He said his administration will "focus relentlessly" on the state's new master plan for colleges, which aims to double the number of degrees and workforce credentials by 2030. The plan seeks to expand dual-enrollment college credit courses available to high school students, increase financial aid and bolster work-based learning programs.

The dollars to pay for these proposals, Edwards anticipates, will come from an improving state economy. He said he'd oppose efforts to roll back taxes passed over the last few years, as several Republican lawmakers have suggested, if a rollback could destabilize Louisiana's budget.

Taxes are certain to be a battle with lawmakers, and Edwards' relationships with the House and Senate could be tested in the new term that begins in January, as many of his legislative allies are term-limited. The Legislature will be more conservative and tensions between the majority-GOP chambers and Democratic governor are expected to worsen.

Edwards has started reaching out to new and returning lawmakers to discuss the upcoming term. He said he wants lawmakers positioning themselves for leadership positions to understand that "obstructionism and independence are not the same thing."

"I'm willing to work with anyone of any party who wants to work in good faith to solve our challenges and move our state forward," he said.

Though President Donald Trump traveled to Louisiana three times trying to unseat Edwards, the governor said he reiterated his pledge to work with the White House when Trump called to congratulate him Monday.

Trump "said that the election was over and that he would very much like for us to get back to the working relationship that we had previously, and I assured him that that was my intention, in fact that what's I had told the people of Louisiana," Edwards said.

On other topics, Edwards:

-Said he'll continue pursuing a minimum wage hike and new equal pay laws. The proposals were rejected by lawmakers in his first term, and seem even more unlikely with the deeper red Legislature he'll face for his second term.

-Proposed to spend some of Louisiana's $535 million state surplus on transportation and coastal protection projects.

-Said his administration will continue to bolster its cybersecurity efforts, after a ransomware attack earlier this week disrupted websites, email and online services across state agencies. He called the attack "largely unsuccessful" because state data wasn't lost and Louisiana didn't pay a ransom, but Office of Motor Vehicles locations won't reopen until Monday as repair work continues.

-Talked about his approach to Louisiana's 2021 redistricting process, which will happen after the latest Census data is released. The Legislature must redraw political districts for U.S. House, state Senate and state House seats, among others. Edwards said he doesn't want the focus to be based on protecting incumbents. "We need to make sure we have maps where voters choose their officials, and not the other way around," he said.