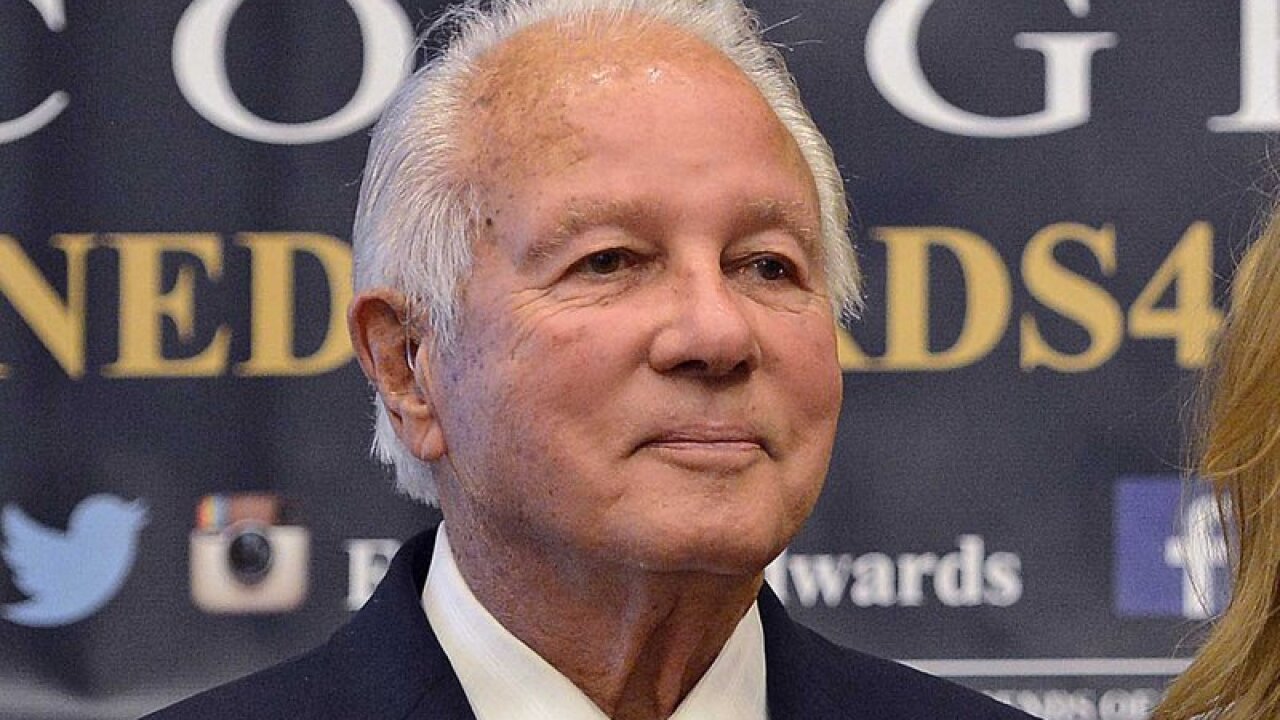 FILE - In this Nov. 4, 2014, file photo, former Louisiana Gov. Edwin Edwards addresses the crowd during an election watch party in Baton Rouge, La. Edwards has been hospitalized with pneumonia, only days after he was released from a prior stay for breathing problems. The four-term Democratic former governor's wife, Trina Edwards, posted about the latest hospitalization Wednesday, Nov. 18, 2020 on Facebook. (AP Photo/Bill Feig, File)

BATON ROUGE, La. (AP) — Former Louisiana Gov. Edwin Edwards was released Friday from the Baton Rouge hospital where he was being treated for pneumonia and has returned home.

“He’s recovered enough that we’re going to quarantine at home with home health nurses,” Edwards’ wife Trina said in a statement released by the former governor’s biographer Leo Honeycutt. “He will also be working with a physical therapist as part of his recovery. He’s in his usual good spirits and we thank everybody for all the prayers, cards and concern. The prayers paid off.”

Edwards, 93, who served as Louisiana governor for four terms, was taken to the hospital Tuesday by ambulance and was diagnosed as having pneumonia in both lungs. It was his second hospitalization in less than a week for breathing problems.

Edwards was governor from 1972 to 1980, from 1984 to 1988 and then from 1992 to 1996. After leaving office, he went to federal prison for a conviction involving a scheme to rig riverboat casino licenses. He has always proclaimed his innocence.