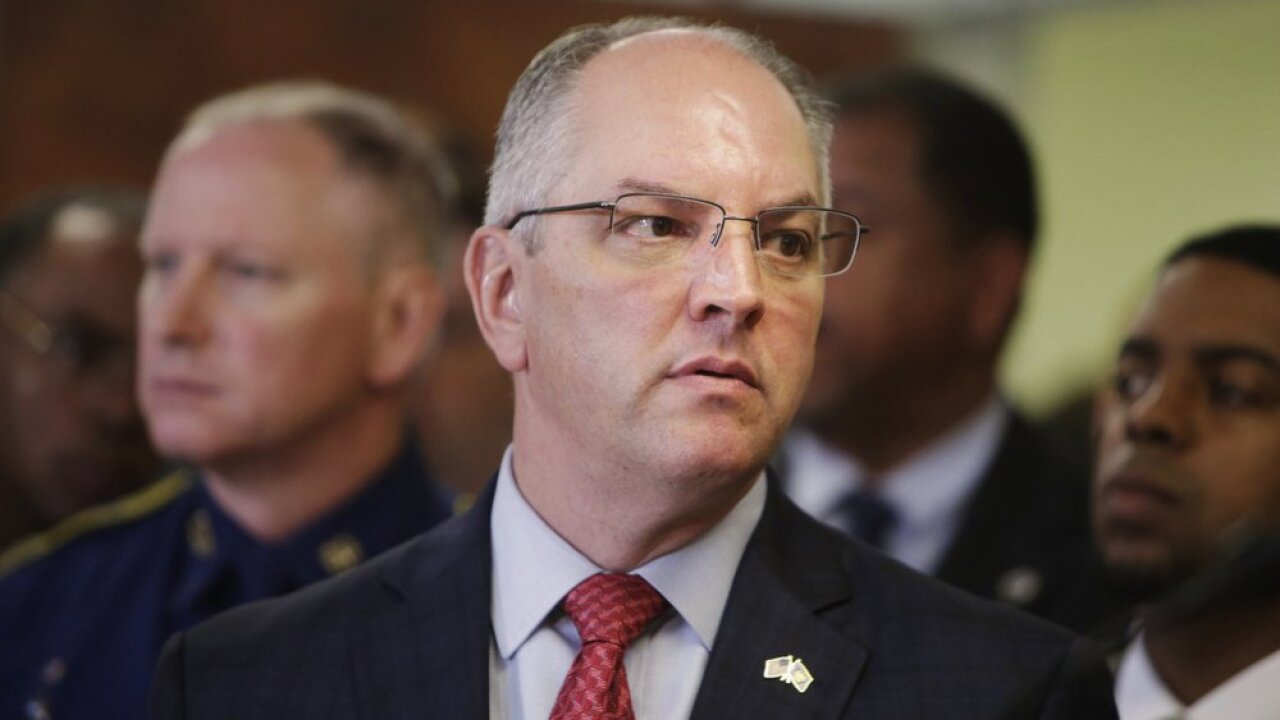 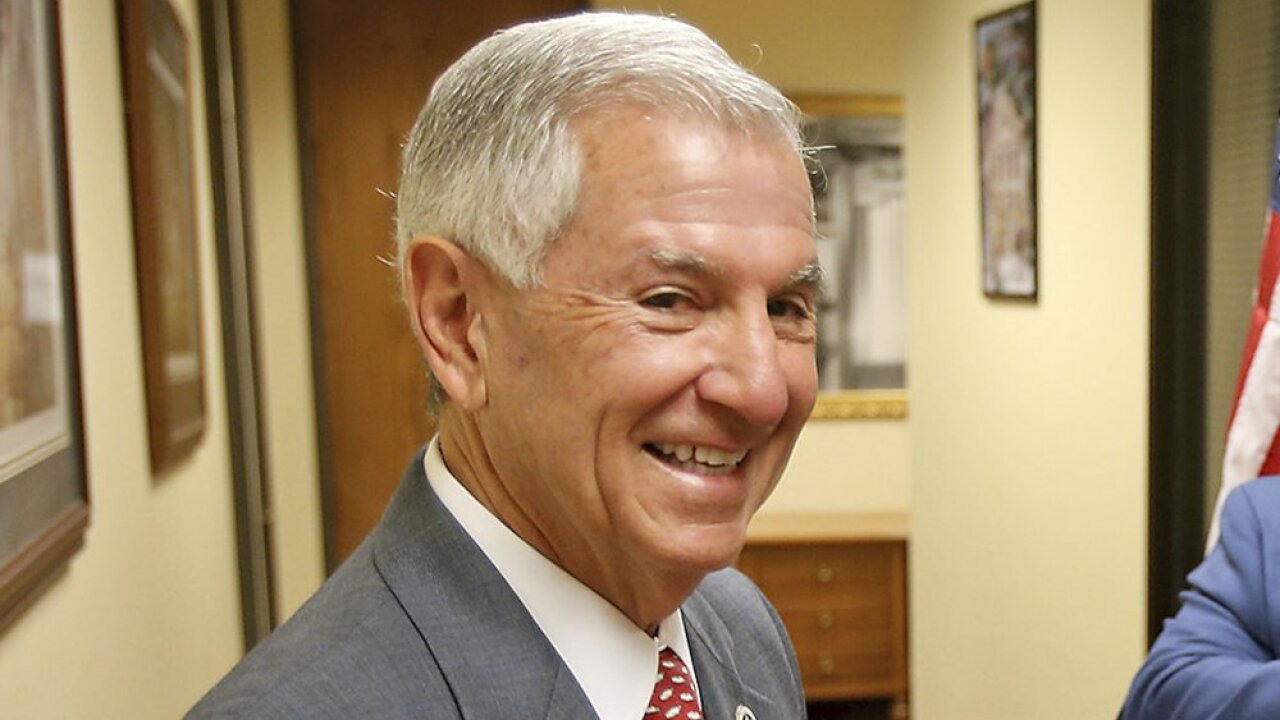 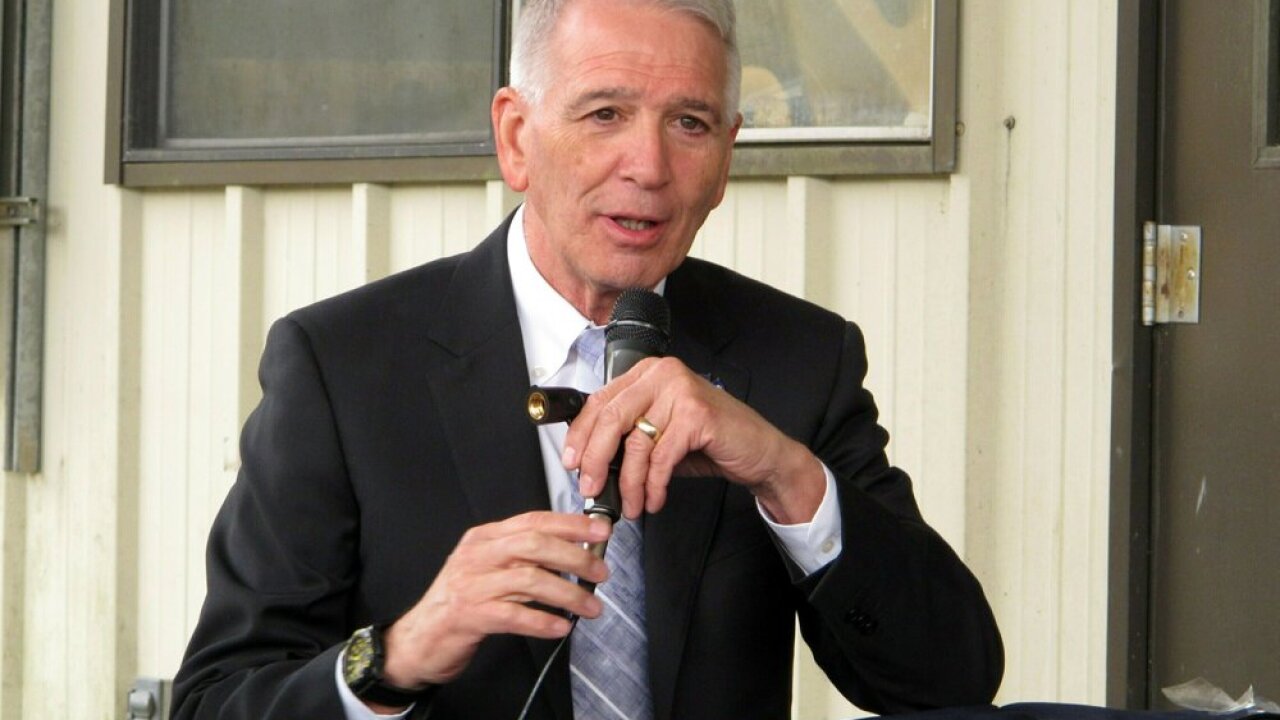 U.S. Rep. Ralph Abraham tangled with Edwards most directly, with the men often talking over each other in disagreements as Abraham accused the Democratic incumbent of repeatedly turning to "taxes, taxes, taxes" from the state's already strapped citizens. At one point, Edwards told Abraham: "You are just 100% false."

Businessman Eddie Rispone, running in third place in the polls, was sometimes sidelined by the back-and-forth disputes, at one point asking about a question: "Do I get to answer that one?" He dismissed the exchanges as the arguments of "two career politicians," continuing to position himself as the outsider even as he and Abraham offer similar negative assessments of Edwards' performance in office.

While Abraham and Rispone panned the growth of state spending levels and Edwards' support of sales taxes to balance the budget, Edwards said he worked with lawmakers of both parties to stabilize the state's finances and make new investments in public colleges and the first statewide K-12 public school teacher pay raises in a decade.

"I don't agree that we should cut taxes until we know that we won't go back into a structural budget deficit," Edwards said, as his two opponents pledged to decrease taxes.

Edwards replied with economic statistics that he said document a thriving Louisiana economy. Neither Abraham nor Rispone detailed where they would cut state spending to balance a budget with less tax revenue.

The three men agreed on a few points. None supported limitations on semiautomatic weapons. All backed legislation signed by Edwards earlier this year that bans abortion as early as six weeks of pregnancy without exceptions for victims of rape or incest.

Thursday's debate was aired statewide, filmed before an audience of hundreds of people on Louisiana State University's campus, the first of four scheduled debates to feature all three main contenders. The election is Oct. 12, with early voting beginning Sept. 28.

Edwards is hoping to win outright in next month's open primary by receiving more than 50% of the votes. While all polls have him in the lead, they haven't shown him reaching that benchmark.

Abraham, a third-term congressman from northeast Louisiana, is the leading Republican challenger, even though Rispone has spent five times as much on his campaign as Abraham. Rispone, owner of an industrial contracting company from Baton Rouge, is largely self-financing his gubernatorial effort. He has poured more than $11 million of his own money into his campaign account.

In individual questions from the moderators, Abraham defended his repeated absences from Congress, saying his constituents understand how important the governor's race is. But he also acknowledged he'd be missing more votes.

Edwards defended his decision to hire Johnny Anderson as a top aide, even after sexual misconduct allegations were lodged against Anderson in a previous government position. Anderson left his post in November 2017 amid claims he sexually harassed a woman in the governor's office, allegations resolved with a taxpayer-financed settlement. The governor said Anderson was cleared of the prior allegations before he was hired and "his service to the state of Louisiana was terminated" quickly when the new allegations were lodged.

Rispone launched attack ads not only against Edwards but against Abraham as well, an intraparty hit that has drawn backlash from some Republicans. But Abraham largely ignored Rispone on stage. Rispone took only one direct dig at Abraham, pointing out that the congressman suggested in 2016 that Donald Trump should consider stepping aside from the GOP presidential nomination. Rispone described himself as the only true loyalist to President Trump.

Thursday's debate was hosted by LSU's Manship School of Mass Communication and Nexstar Media Group TV stations, airing around the state on radio and television and online.