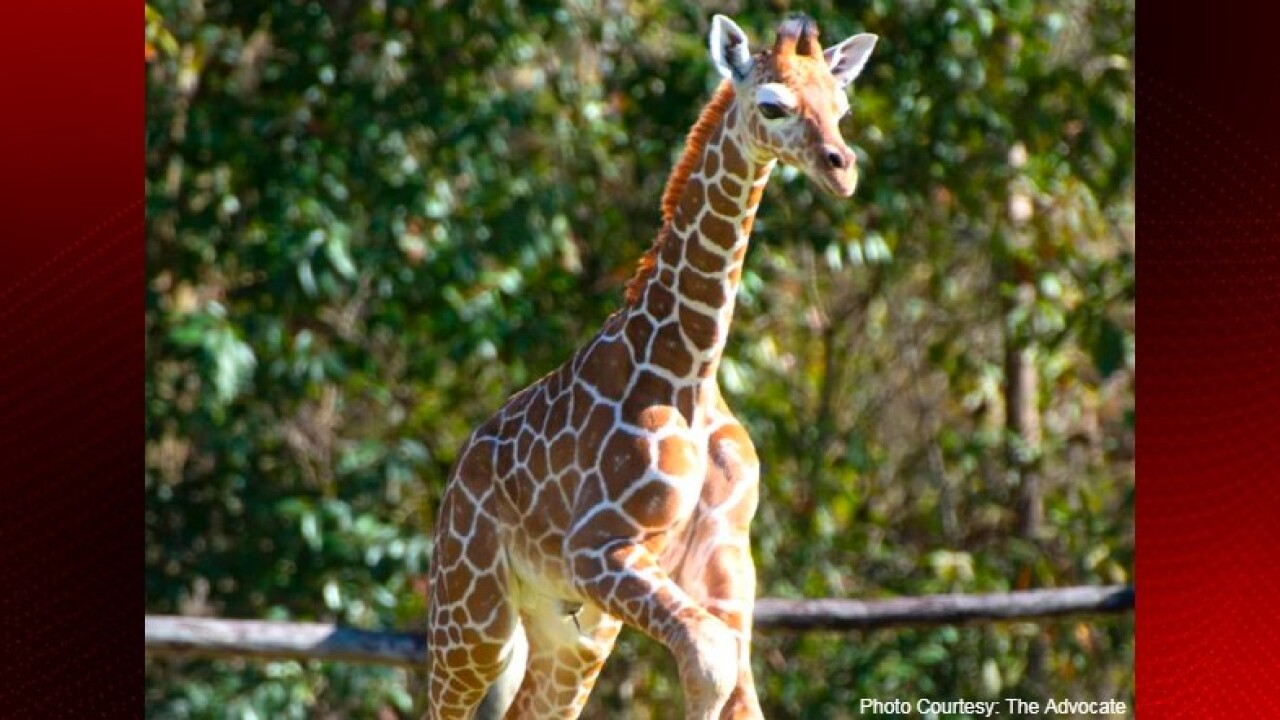 The Baton Rouge Zoo is looking at three possible names for its new baby giraffe.

Last month, the zoo asked the public to nominate their favorite name suggestions for the new male reticulated giraffe that was born on December 26, 2019. The calf was born to 6-year-old, first-time mother, Rosie, and 13-year-old father, Rowan, according to the zoo.

The top three names has been announced and are Romeo, Burreaux, and Kiume (Which means masculine and strong in Swahili). One of the three names is very familiar to fans of LSU. Burreaux is in reference to Heisman trophy winner and LSU quarterback Joe Burrow.

The public can vote on their favorite name by making a donation of $1 to Friends of the Baton Rouge Zoo at the link here: http://www.brzoo.org/give/name-the-giraffe/.

All donations will go toward conservation funding. Voting will end on February 13 at noon and the winning name will be announced on February 14, 2020.