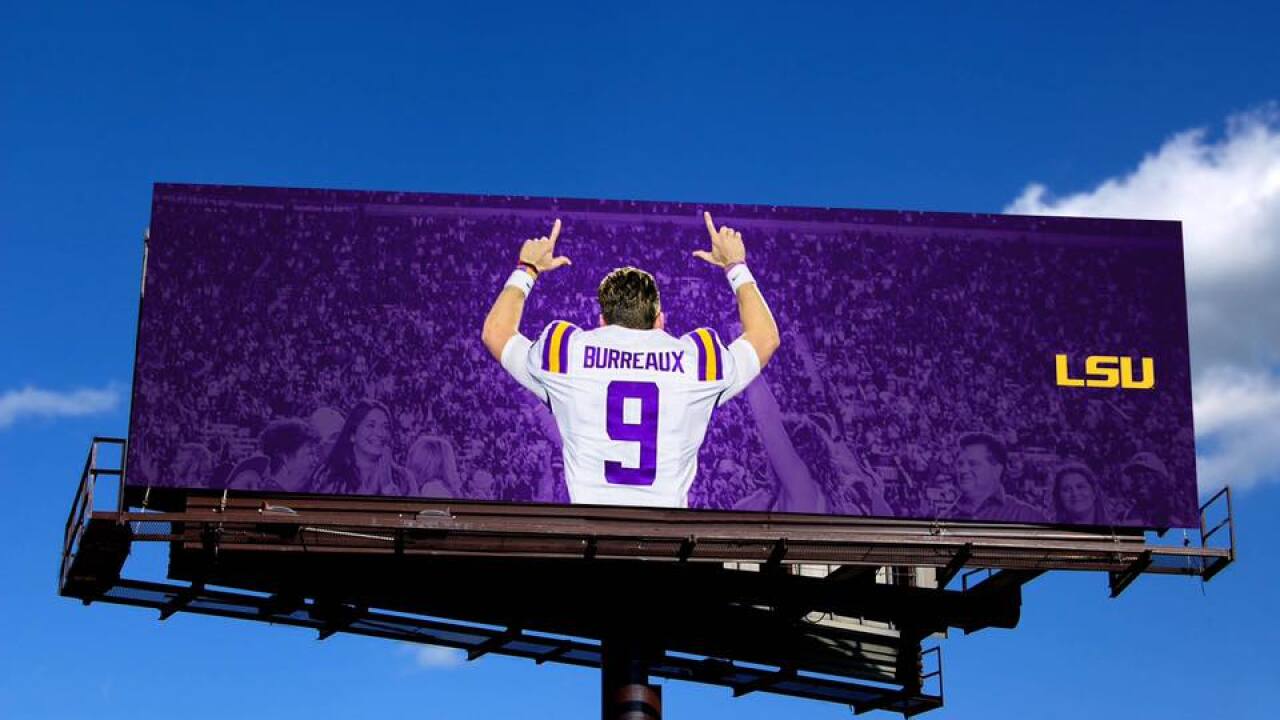 The image shows Burrow wearing his jersey with his last named styled as "Burreaux." He debuted the jersey during Senior Night before the team took on Texas A&M.

"I just wanted to do something to give a tribute to this state and this university that's been so good to me," Burrow said about the jersey.

"Thank you, Baton Rouge!" the post reads. " These are up around the city."

No. 1 LSU will face off against No. 4 Georgia on Saturday, December 7 in the SEC Championship game.