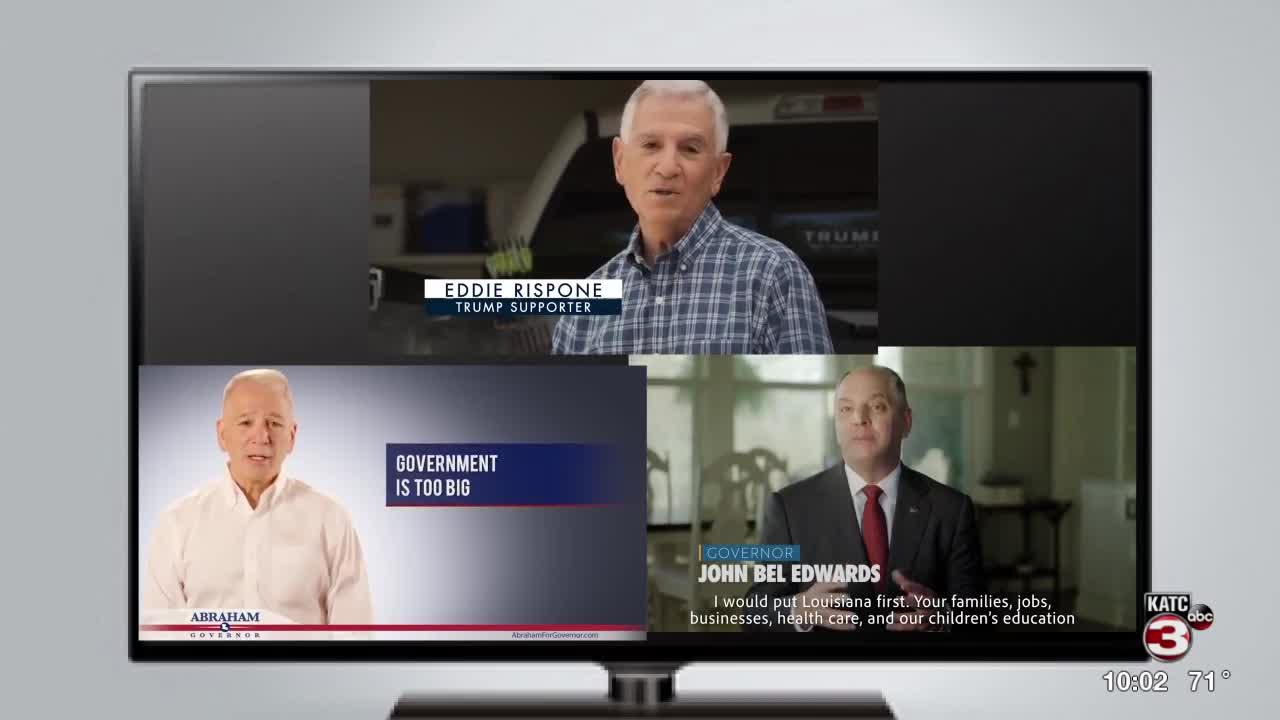 As election day inches closer, the political attack ads are ramping up, especially in the gubernatorial race.

But, do those ads have any impact on voters?

KATC political analyst Pearson Cross said, "You've got to throw everything you've got at the wall and hope that some of it sticks and pushes him below that 50%. If you don't, seasons over, it's time to go home."

Cross says typically when a candidate is behind in a race, it's common for mud to be thrown.

"If you have a devastating ad and it's not answered right away, it can really make a difference," Cross said.

According to Cross, republicans hope Edwards does not win outright.

"Everybody is desperate," Cross said. "This is fish or cut bait time. We're getting up to Saturday. Right now, the republicans are desperate to push our governor into a runoff."

Voters we talked to say they're ready for the ads to end.

Jeff Olivier said, "Frankly, I'll be happy when it's all over. I think some of these ads give us some info, but I wish they could do it without attack ads."

Kyla Bobinox said, "They are trying to get their point across, but it really shouldn't take that much to get your point across."

Chelsea Ray said, "You see it, you believe it instead of doing your research on your own take."

The ads should stop by Sunday, but be prepared for even more if there is a runoff.