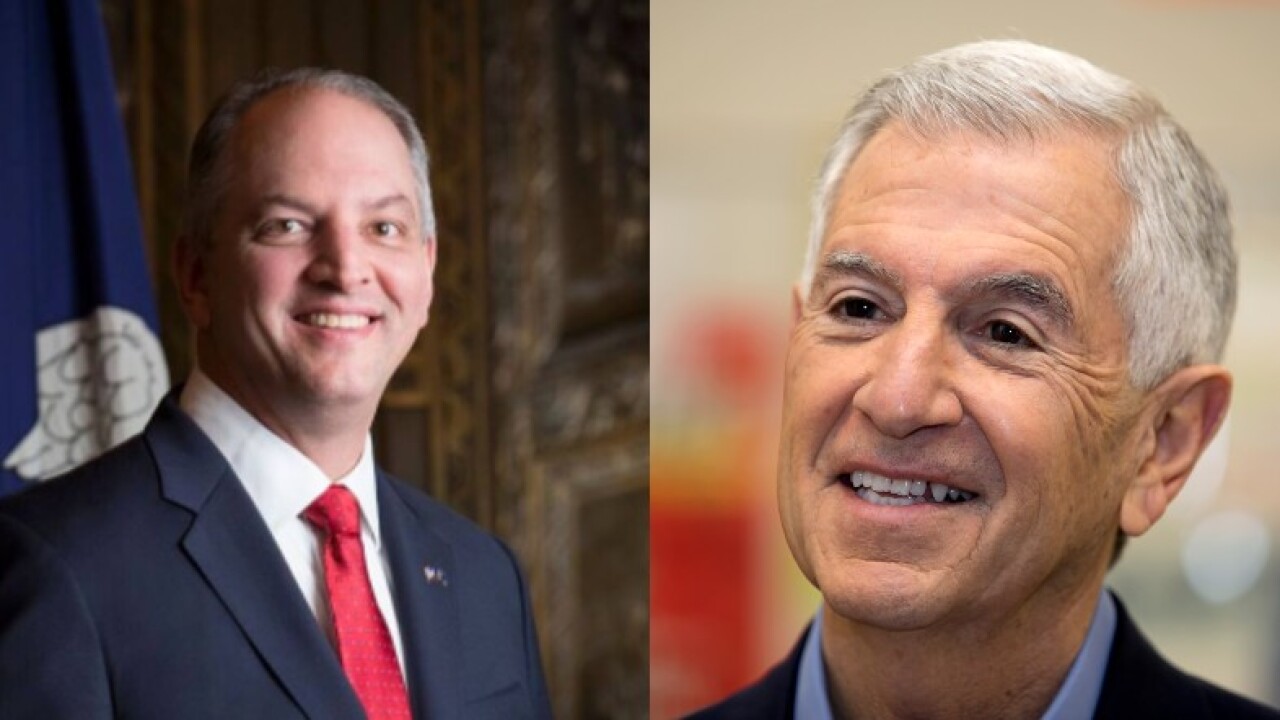 BATON ROUGE, La. (AP) - Deep in the heart of the conservative South, Louisiana's voters reelected Democratic Gov. John Bel Edwards to a second term, shocking Republicans who had hoped to reclaim the seat on the strength of President Donald Trump's popularity.

With his focus on bipartisan, state-specific issues, the moderate Edwards cobbled together enough cross-party support Saturday to defeat Republican businessman Eddie Rispone, getting about 51% of the vote.

Trump fought to return the seat to the GOP, but his intense interest in the race not only motivated conservative Republicans, but also powered a surge in anti-Trump and black voter turnout that helped boost Edwards over the finish line.

Coming after a defeat in the Kentucky governor's race and sizable losses in Virginia's legislative races, the Louisiana result seems certain to rattle Republicans heading into the 2020 presidential election. Trump made three trips to Louisiana to rally against Edwards, and fashioned the runoff election between Edwards and Rispone into a test of his own popularity and political prowess.

In a victory rally of his own late Saturday, Edwards thanked supporters who danced, sang and cheered in celebration, while he declared, "How sweet it is!"

He added, "And as for the president, God bless his heart" - a phrase often used by genteel Southerners to politely deprecate someone.

"Tonight the people of Louisiana have chosen to chart their own path," Edwards said.

As he conceded the race, Rispone called on supporters to give a round of applause for Trump, saying: "That man loves America and he loves Louisiana."

Democrats who argue that nominating a moderate presidential candidate is the best approach to beat Trump are certain to say Louisiana's race bolsters their case.

Still, while Rispone's loss raises questions about the strength of Trump's coattails, its relevance to his reelection chances are less clear. Louisiana is expected to easily back Trump next year, and Edwards' views are, in many ways, out of step with his own party.

A West Point graduate and former Army Ranger, Edwards opposes most gun restrictions, signed one of the nation's strictest abortion bans and dismissed the impeachment effort as a distraction.

Meanwhile, Rispone, 70, wasn't among the top-tier candidates Republican leaders hoped would challenge Edwards. He had ties to the unpopular former Gov. Bobby Jindal, started with little name recognition and offered few details about his agenda.

Edwards, 53, also proved to be a formidable candidate, with a record of achievements.

Working with the majority-Republican Legislature, Edwards stabilized state finances with a package of tax increases, ending the deficit-riddled years of Jindal. New money paid for investments in public colleges and the first statewide teacher raise in a decade.

Rispone, the owner of a Baton Rouge industrial contracting company, hitched his entire candidacy to Trump, introducing himself to voters in ads that focused on support for the president in a state Trump won by 20 percentage points. Rispone said he was like Trump, describing himself as a "conservative outsider" whose business acumen would help solve the state's problems.

The president's repeated visits appeared to drive turnout for both candidates.

"I do not agree with what Rispone advocates," she said. "I also don't want Trump coming here and telling me who to vote for."

Rispone poured more than $12 million of his own money into the race. But he had trouble drawing some of the primary vote that went to Republican U.S. Rep. Ralph Abraham, after harshly attacking Abraham in ads as he sought to reach the runoff. He also avoided many traditional public events attended by Louisiana gubernatorial candidates and sidestepped questions about his plans. He promised tax cuts without saying where he'd shrink spending, and pledged a constitutional convention without detailing what he wanted to rewrite.

"We have nothing to be ashamed of. We had over 700,000 people in Louisiana who really want something better, something different," Rispone said.
___

(Copyright 2019 The Associated Press. All rights reserved. This material may not be published, broadcast, rewritten or redistributed.)