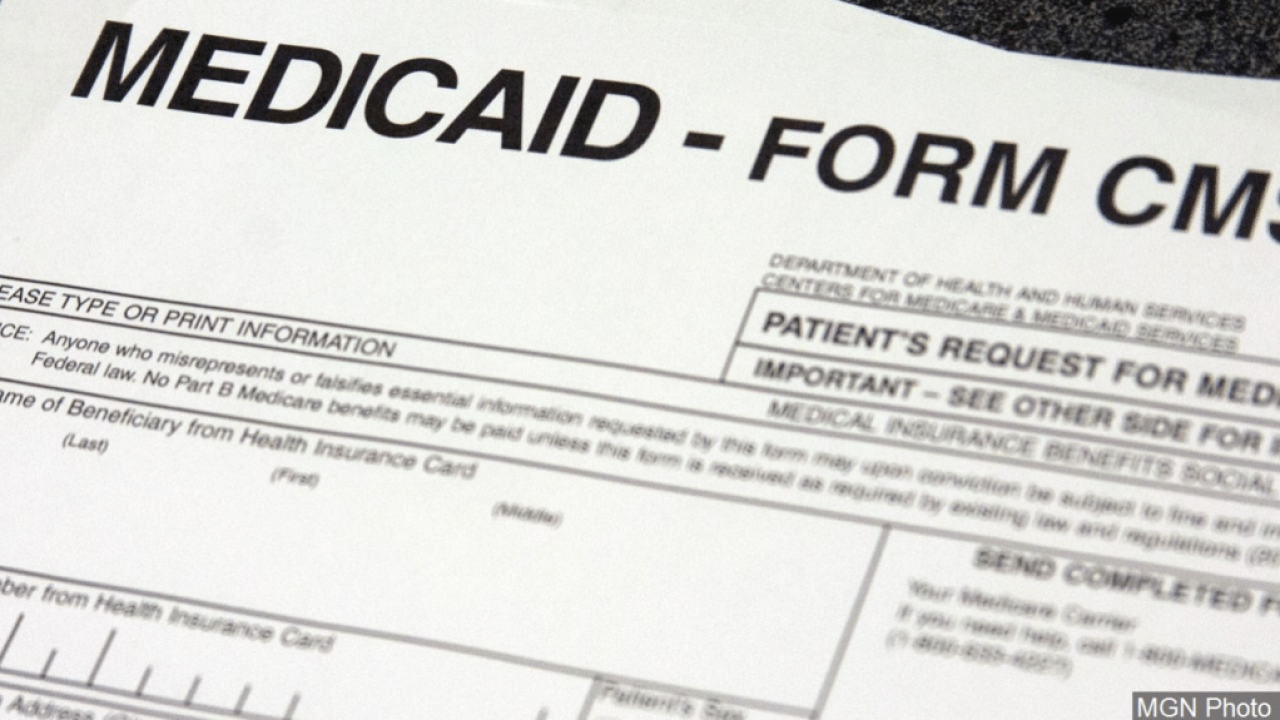 BATON ROUGE, La. (AP) - The contracts at the center of a Louisiana Medicaid dispute are worth billions, accounting for one-quarter of the state's annual operating budget and covering services to one-third of its residents. With that much money at stake, Gov. John Bel Edwards' administration was certain to face intense monitoring of how it chose contractors to manage health care for 1.5 million people.

But in a review of the work, Louisiana's top official overseeing the bid process determined the administration didn't meet the challenge of handling one of state government's largest set of contracts.

The decision heaps more scrutiny on the Democratic governor for a Medicaid program that has been the target of Republican scorn since he took office in 2016 and expanded it to cover 450,000 additional people. It also comes as Edwards needs both a new health secretary and a new Medicaid director for his second term, adding another wrinkle to the search for those key positions.

Tregre said the health department failed to follow state law or its own evaluation and bid guidelines in choosing which companies should manage care for about 90% of Louisiana's Medicaid enrollees - mostly adults covered by Medicaid expansion, pregnant women and children. The department's actions "resulted in a fatally flawed procurement process," Tregre wrote in her Jan. 17 decision.

A process that began a year ago now will continue to drag on, through an appeal of Tregre's decision and likely then to court, where bidders that don't like the outcome of the appeal could request a judicial review. Edwards' first-term health secretary, Rebekah Gee, leaves the job at the end of the week. The department's Medicaid director is already gone.

Amid the political and financial dispute, Medicaid health services so far haven't been disrupted.

"The program is operating under emergency contracts to ensure no one on Medicaid loses access to care while this issue works its way through the process," Edwards spokeswoman Christina Stephens said in a statement. "Our goal has always been to provide high quality coverage to the families that rely on Medicaid, while at the same time ensuring that the Medicaid program is efficient and accountable."

But those emergency contracts - which keep the state's five current Medicaid managed care contractors in place - only last for this year. In addition, the emergency deals still haven't received approval from federal Medicaid officials.

The managed care organizations can't get paid under the emergency contracts until Louisiana receives that go-ahead from federal officials, according to the health department, and that first payment is due in two weeks, on Feb. 10. Health officials say they are in constant contact with the federal Medicaid agency and expect to receive the approval.

The state's deals with five managed care companies had been slated to expire at the end of December. Through a bid process that began in February, the Edwards administration chose four companies to do the work going forward - three that already hold contracts and one new insurer.

The two losing bidders that currently have managed care deals and were slated to lose them - Louisiana Healthcare Connections and Aetna Better Health - filed protests, accusing the health department of a biased bid review. The legal process stopped the new contract awards from taking effect, requiring the emergency contracts.

Edwards and Gee have defended the contractor selection work as following the law.

But Tregre said bid evaluators didn't verify the accuracy of lists submitted by insurance companies detailing the network of doctors, clinics and other health providers they would use, as the health department's own solicitation for contractors required. She also said multiple changes made to an evaluation tool after bid reviews began damaged the scoring process.

Tregre's decision to rescind the new contract awards, if upheld, will force the health department to redo the bid process. The outcome of that new bid process could again be protested if a losing bidder is dissatisfied.
___

EDITOR'S NOTE: Melinda Deslatte has covered Louisiana politics for The Associated Press since 2000. Follow her at http://twitter.com/melindadeslatte