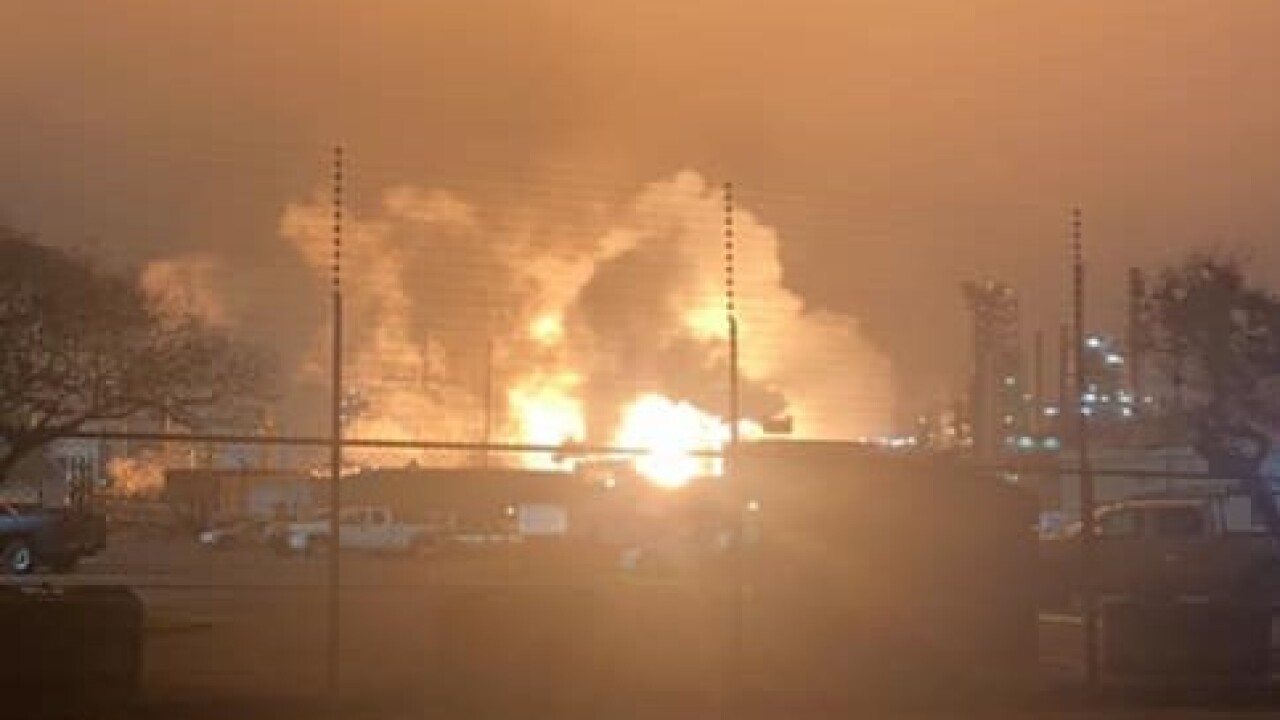 BATON ROUGE — The massive fire at the ExxonMobil plant reportedly released benzene and other cancer-causing chemicals into the air.

The Advocate reports that the amounts of the released chemicals is unclear and will remain unclear for about a week. ExxonMobil says air monitoring outside the facility showed the wider community was not exposed to any chemical releases.