The unit comprises 10 K-9 teams across the state that showcase varying skill sets including accelerant detection, tracking and EOD, or explosives, detection.

Seven of the teams were in Dallas for the conference and recertification.

Not only did the teams pass recertification tests in their fields of focus, several earned top performance awards. 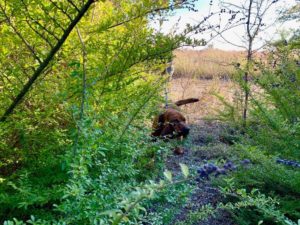 Deputy Kristen delaBretonne and K-9 Pablo (Area 2- Baton Rouge) won one of the conference contests for best demonstrating the difference between an indication and an alert.  This team is also the first from the SFM to be nationally certified following our newly developed in-house K-9 training program.

Cpl. Matt Schulte, who created and instructs the in-house program, was appointed as the Louisiana State Coordinator for the NAPDWA.

Here are some more photos from the event:

The remaining three teams in the unit are certified through 2019.

Lt. Brian Mashon and K-9 Monty (SFM Headquarters) are certified through the ATF.