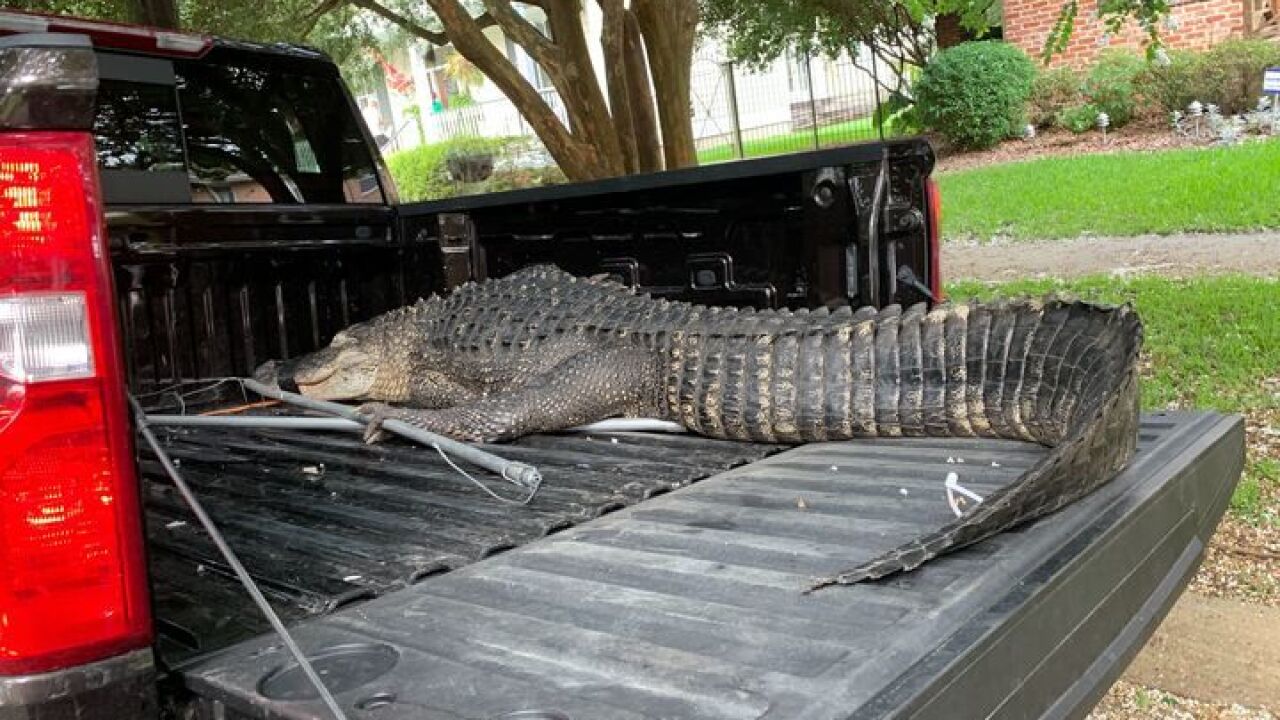 NEW ORLEANS (AP) — A large alligator was euthanized after being spotted in a New Orleans residential area.

They called police, and a licensed nuisance alligator hunter was summoned.

Louisiana wildlife officials said the animal was euthanized because it was too large to transport. One official told The Times-Picayune/The New Orleans Advocate that the state wildlife agency “does not condone” relocating such a large alligator, especially if it’s found in an urban area and might have become habituated to humans.

“We will not allow nuisance hunters to relocate a 10-footer because you’re really just relocating a threat and a danger from one area to another area,” Jeb Linscombe, the alligator program manager for the Louisiana Department of Wildlife and Fisheries, told the newspaper.