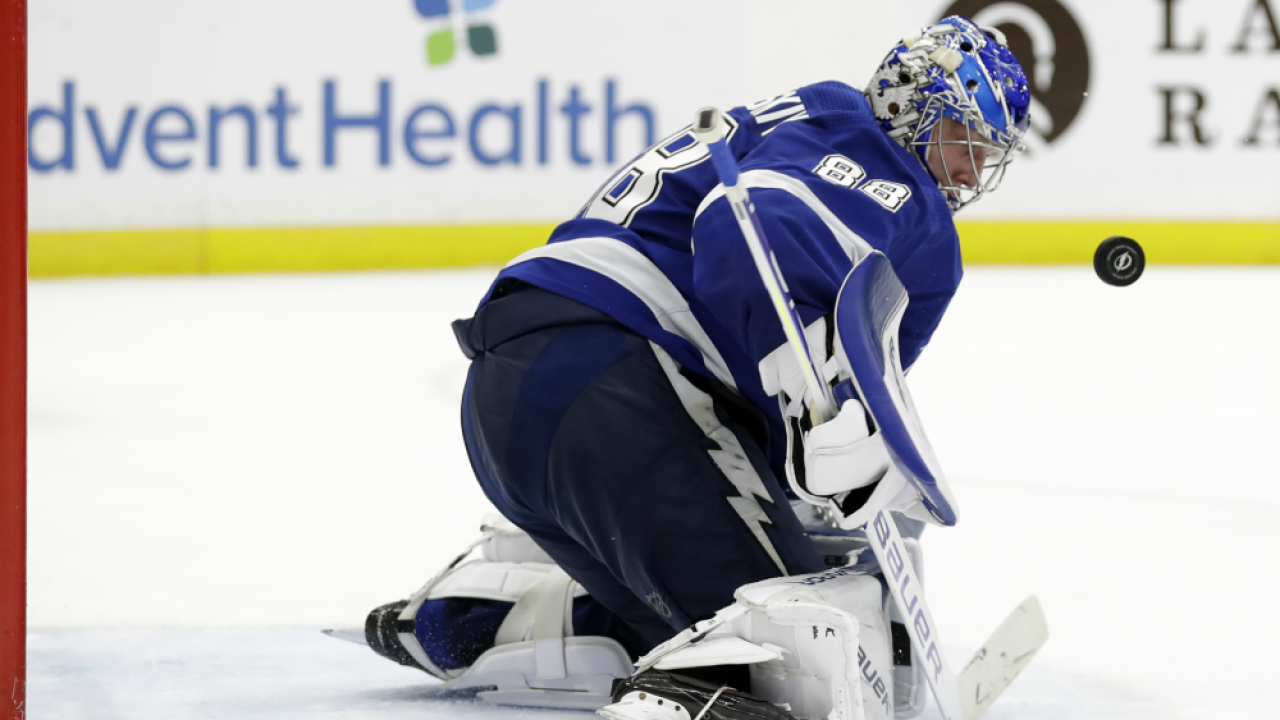 Tampa Bay Lightning goaltender Andrei Vasilevskiy (88) makes a save on a shot by the Montreal Canadiens during the third period of an NHL hockey game Thursday, March 5, 2020, in Tampa, Fla.

The NHL and the NHL Player Association reached an agreement Friday night to move forward on a plan to resume the season, starting with a 24-team playoff.

The season was suspended on March 12, as most teams had completed roughly 70 games of an 82-game schedule. The regular season was set to conclude in April, with the 16-team Stanley Cup Playoffs extending into early June.

The resumption plan calls for 24 teams to participate in a playoff, while the bottom seven clubs would effectively have their seasons finished.

"The Executive Board of the National Hockey League Players’ Association (NHLPA) has authorized further negotiations with the NHL on a 24-team return to play format to determine the winner of the 2020 Stanley Cup,” the NHLPA said in a statement. “Several details remain to be negotiated and an agreement on the format would still be subject to the parties reaching agreement on all issues relevant to resuming play."

Earlier this week, NHL Commissioner Gary Bettman said that the season could resume with games being played in centralized locations. This would eliminate the need for travel and additional exposure to the coronavirus among players and team personnel.

Bettman said that access to tests will remain a key issue in resuming the NHL season.