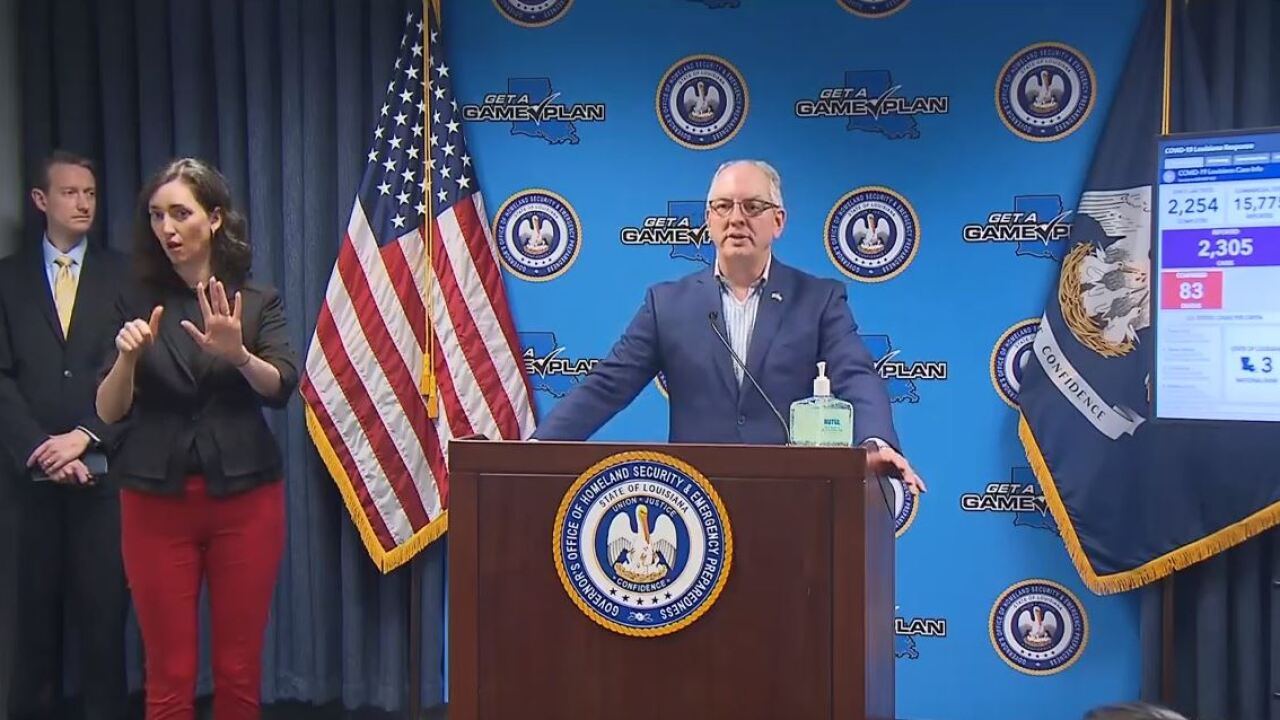 "The numbers that we have today are once again very staggering," said Gov. Edwards. "I hope the entire State of Louisiana is looking at these numbers and that they are as concerned about them as I am." That prompted a stark warning from Gov. Edwards to residents to stay home. Louisiana is now tied for the nation's second-highest rate of virus cases per capita.

"Since yesterday, we've received 510 new confirmed cases of COVID-19 for a total of 2,305 statewide," stated the Governor. "That is a 28% increase from yesterday. There's unfortunately 18 new deaths from yesterday which makes 83 deaths total."

All of the assets and personnel should be in Louisiana soon. The Governor thanked the President and federal partners for the assistance and support.

"We are going to add these resources into our plan for medical surge," said Edwards.

"We currently have 955 soldiers and airmen overall from the National Guard who are involved in our response to the COVID-19 public health emergency" Edwards said. "Of that number, 667 are traditional National Guardsmen soldiers and airmen who have been mobilized specifically for this emergency. They're dong various things around the State of Louisiana including supporting testing sights in New Orleans and Jefferson and other areas in South Louisiana. They are transporting critical needs, they're maintaining and operating the warehouses, and doing various other things that are critically important in this public health emergency."

Watch the press briefing below.

As of March 26, the Louisiana Department of Health is reporting 2,305 cases of COVID-19 in the state.

There are 53 parishes in total reporting cases of COVID-19.

The Louisiana Department of Health is now reporting the number of people hospitalized in the state due to COVID-19.

The department reports that 676 patients are in hospitals and that 239 of those patients were on ventilators.