The victim approached police who stopped the suspects for another investigation 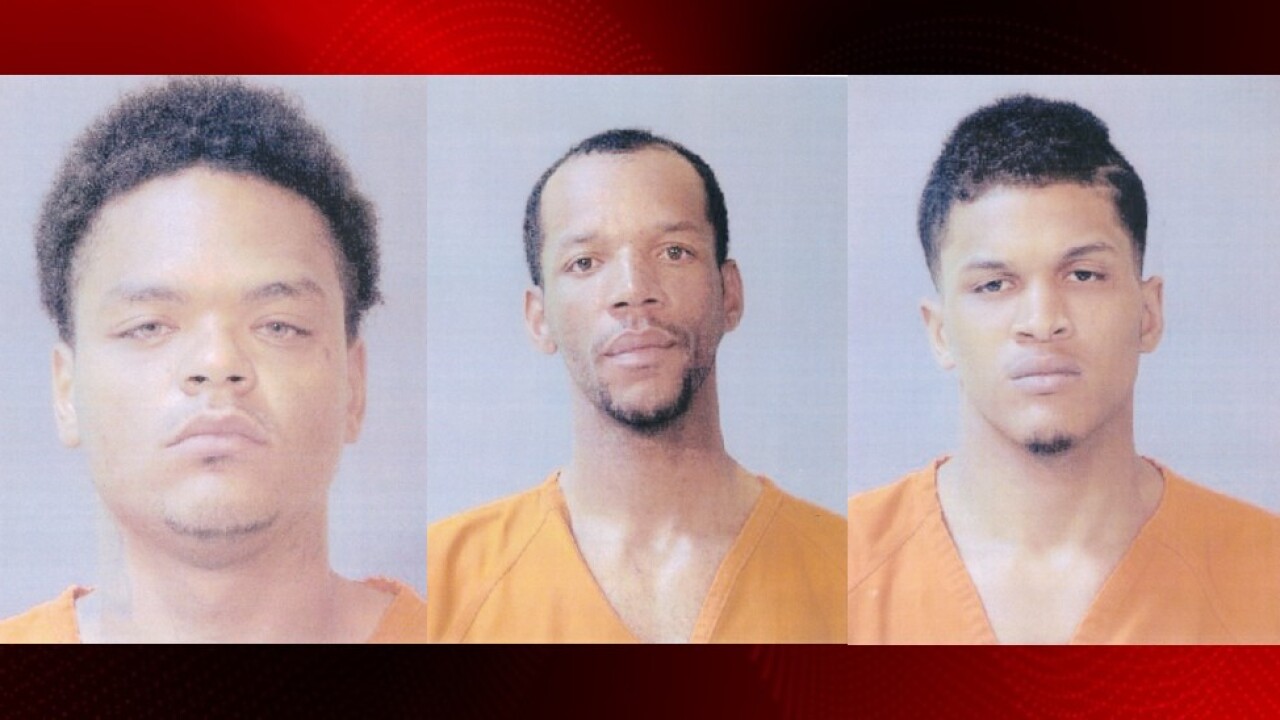 Three Lake Charles men have been arrested in connection with a Thursday robbery, police say.

Rex Allison Jr., 37; Shawn Simien, 29; and Brian Robinson, 29 were all arrested at about 10 a.m. on Thursday, a Lake Charles Police spokesperson said.

Officers were called to the 600 block of Sally Mae Street about a shooting. The caller said some men were shooting from a white Chevy Tahoe.

When officers arrived, they found a white Chevy Tahoe and pulled it over. While they were talking to the men inside, a person approached officers and told them he had been robbed by the men in the SUV.

Officers allegedly found a weapon and the items taken from the victim in the SUV, the spokesperson said. There's no indication that a weapon was fired.

Allison was booked with Armed Robbery, Possession of firearm by convicted felon and Misrepresentation during booking.

Simien was booked with Armed Robbery, Armed Robbery with a Firearm and Possession of firearm by convicted felon.

Robinson was booked with Armed Robbery.

No bond has been set at this time.