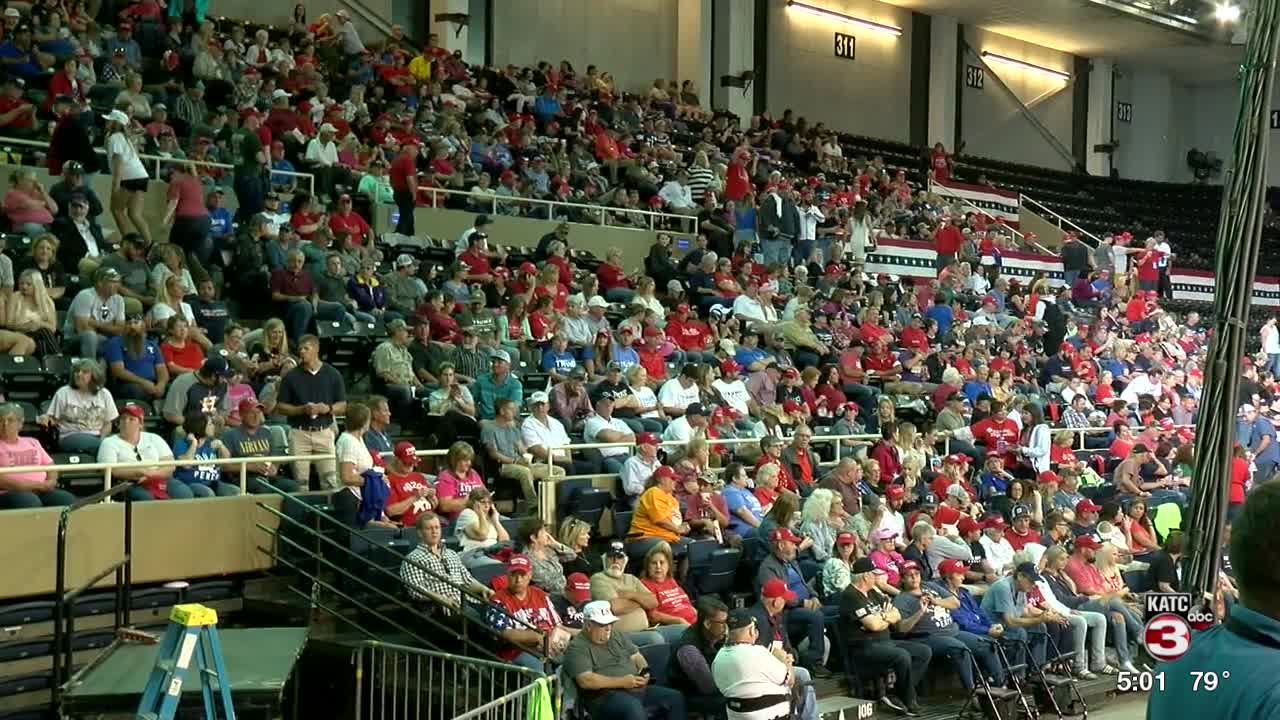 Trump heads to Louisiana for rally ahead of elections 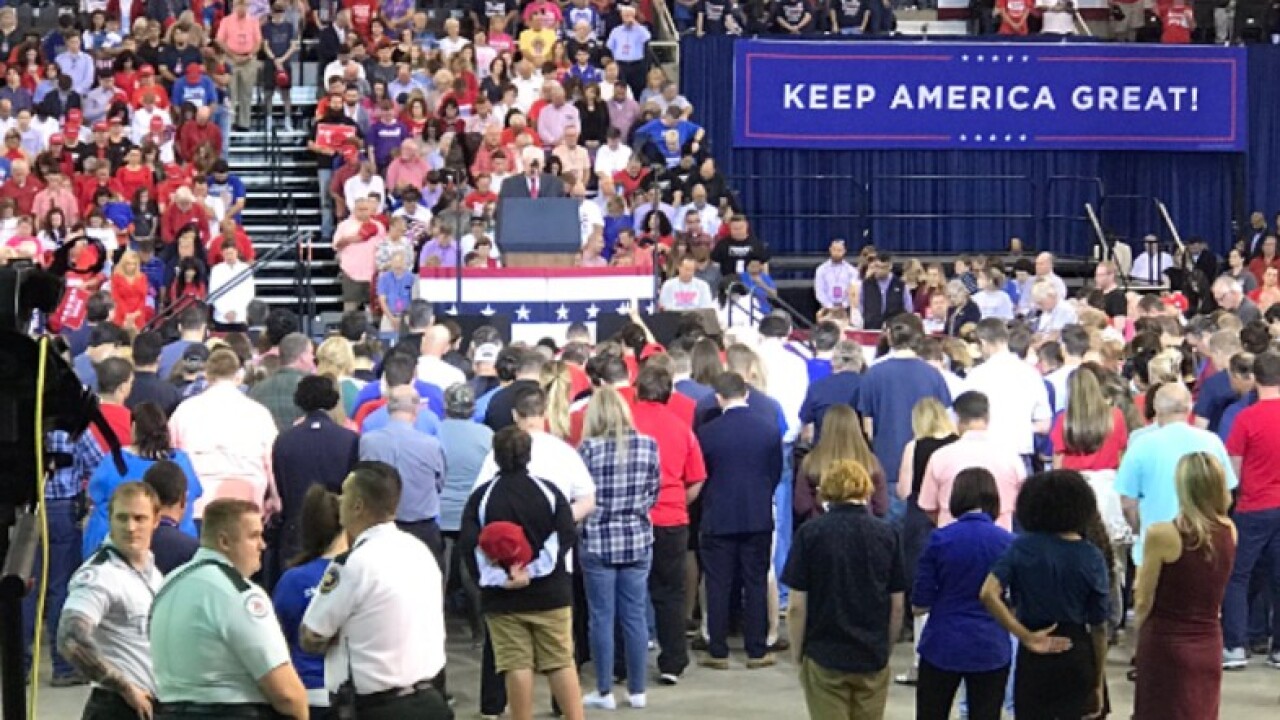 President Donald Trump has landed in Lake Charles Friday ahead of a rally before election day in Louisiana.

The rally will feature GOP candidates for the Louisiana Gubernatorial race. The night began with an opening prayer followed by Attorney General Jeff Landry speaking to the crowd.

President Trump arrived at the Lake Charles Civic Center at 7:15 p.m. after "an eventful" ride to the venue. A press pool reported noted that the motorcade was treated to a "fantastic sunset."

There was a small group of protestors outside the rally.

KATC's Chris Welty is currently at the rally at the James E. Sudduth Coliseum in Lake Charles. KATC will have a live stream of the event tonight on Facebook and KATC.com/live. More from the rally at 10:00 pm.

The venue where the rally will be can hold around 7,500 people in seats. Currently the coliseum is at capacity and an overflow crowd is outside the venue. Chris Welty has a look at that crowd below:

Here's a look at the overflow crowd. The Lake Charles Civic Center is at capacity. @KATCTV3 @realDonaldTrump pic.twitter.com/4eNAMjWHfD

Chants of Who Dat echoed through the coliseum.

Crowd chanted "Who Dat? Trump 2020. Dats who!" @realDonaldTrump will be making his way to the Lake Charles Civic Center shortly. @KATCTV3 pic.twitter.com/9TnXLm7Gbm