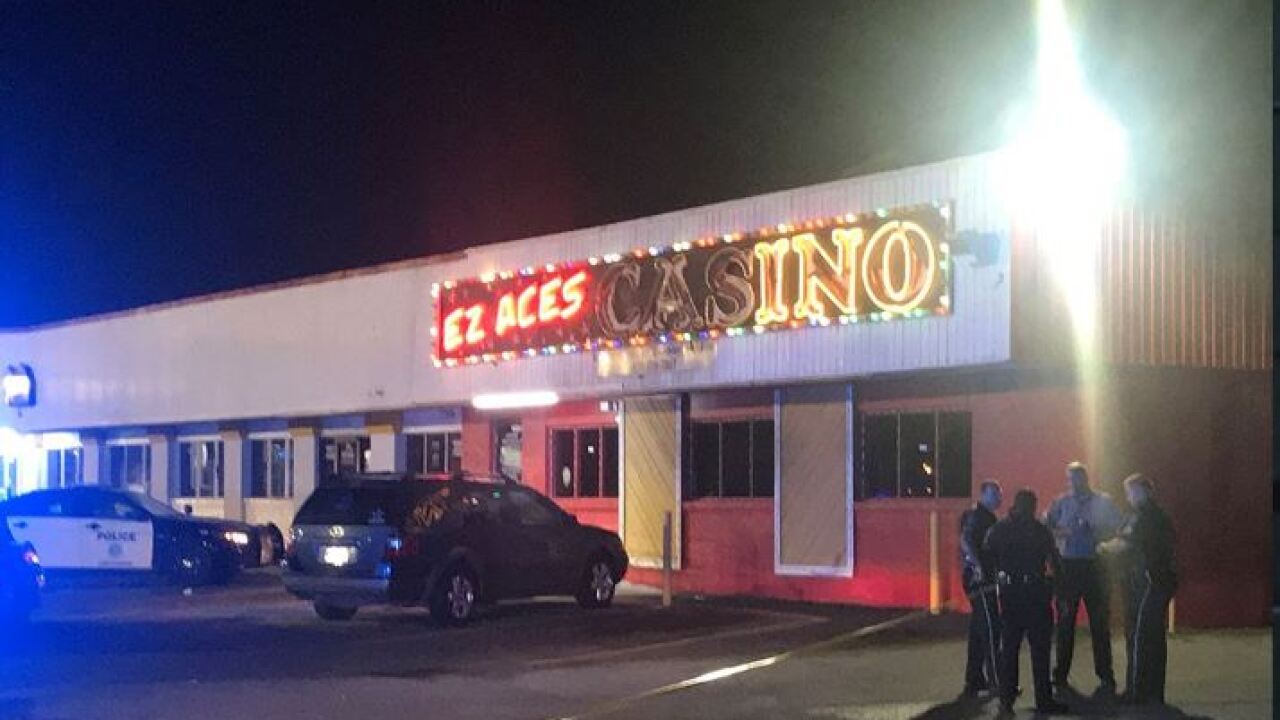 LAKE CHARLES, La. - One person is dead following a casino robbery in Lake Charles on Thursday. Police say it was self-defense.

The Lake Charles Police Department was assigned to EZ Aces Truck Stop located on the I-10 Service Road at 5:00 am in reference to a robbery.

Upon arrival, it was discovered that two people had been shot; one fatally, according to Lieutenant Jeffrey Keenum, spokesperson for the Lake Charles Police Dept.

Police say the two suspects were in the process of brutally attacking the victim within the casino when the victim was able to shoot them.

This is a developing story and KATC will have more information as it becomes available.