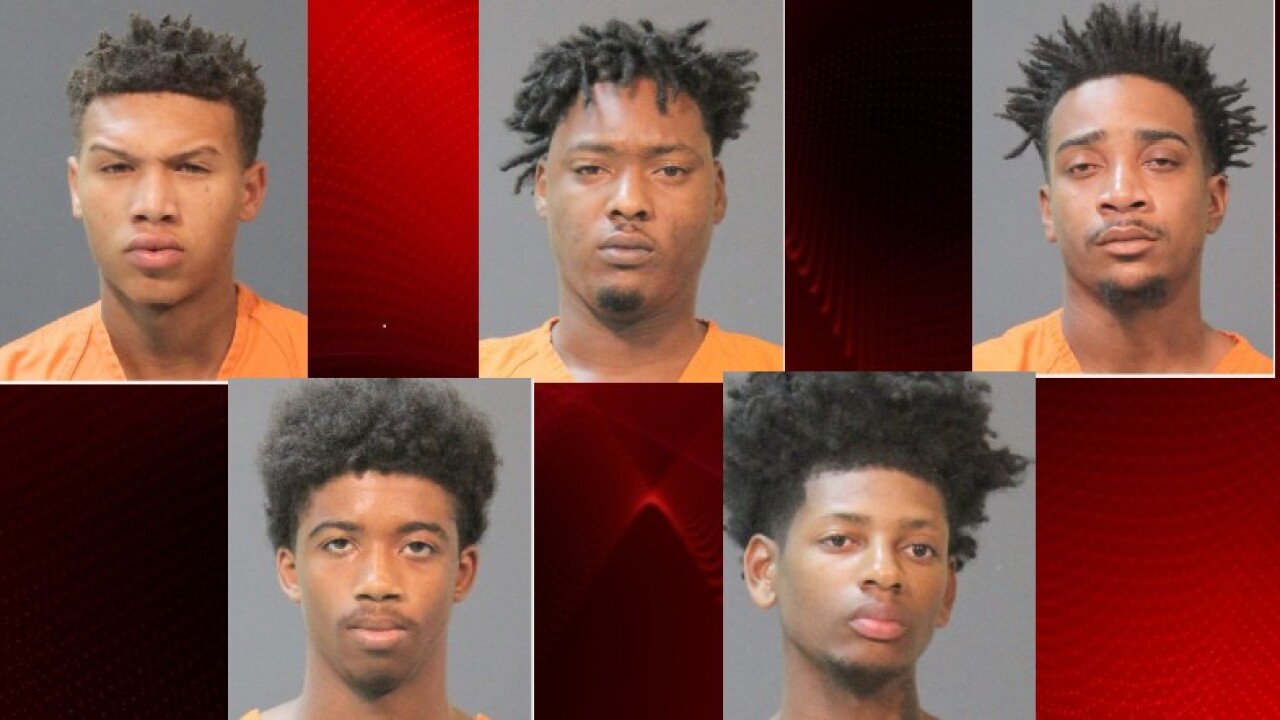 LAKE CHARLES, La. - After a two week investigation, five people have been arrested in a drive-by-shooting.

On August 4, at 12:57 am, Lake Charles Police responded to the 100 block of Pryce Street in regards to a shooting.

A description of a vehicle involved in the shooting was given to police and at 1:04 am Calcasieu Parish Sheriff's Office deputies conducted a traffic stop on a 2005 silver Impala in Westlake, which fit the description of the suspect vehicle.

When Deputies stopped the vehicle two subjects fled on foot. The other occupants were detained and a stolen firearm was later recovered from that vehicle, stated the spokesperson. The Lake Charles Police were notified.

Lake Charles detectives were able to match evidence in the suspect vehicle to the crime scene and it was determined that occupants of the Impala, using multiple firearms, shot from the vehicle into the crowd in front of 110 Pryce St. It is not known if there was an intended target or if it was just a random firing of weapons into a crowd.

Identities of the suspects were obtained, leading to the arrests of five people. Arrest warrants were issued for the following:

All suspects were arrested on multiple days last week for assault by drive by shooting and negligent injuring.