The Blob is back on the big screen under the oaks at Magdalen Square. 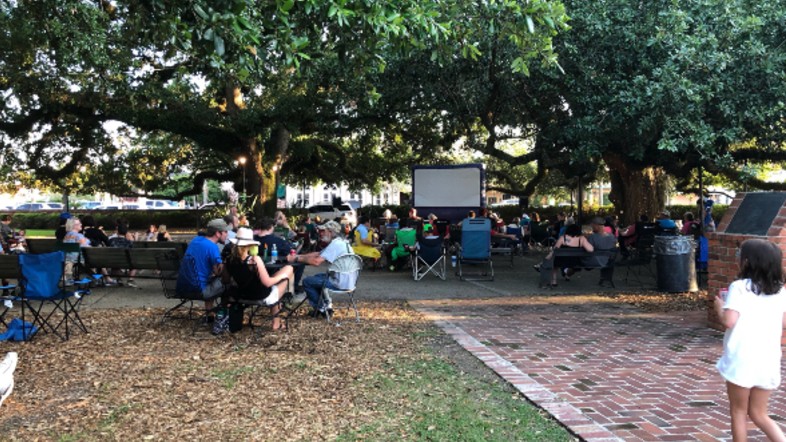 Saturday night’s screening saw dozens of attendees scattered under the oak trees in their lawn chairs and on their blankets.

The Blob which was released in 1958 and was remade in 1988 with filming locations in Abbeville. Those watching the film can catch a glimpse of familiar places in and around town.

Food and drinks were also sold at Magdalen Square for those who attended.

“So I’m a huge fan of cinema and horror films, particularly just as a fan for about twenty years I’ve been going all over the country just to visit filming locations where some of my favorite movies were shot,” organizer Kenny Caperton said.