Today is the last day of early voting; check out the numbers so far 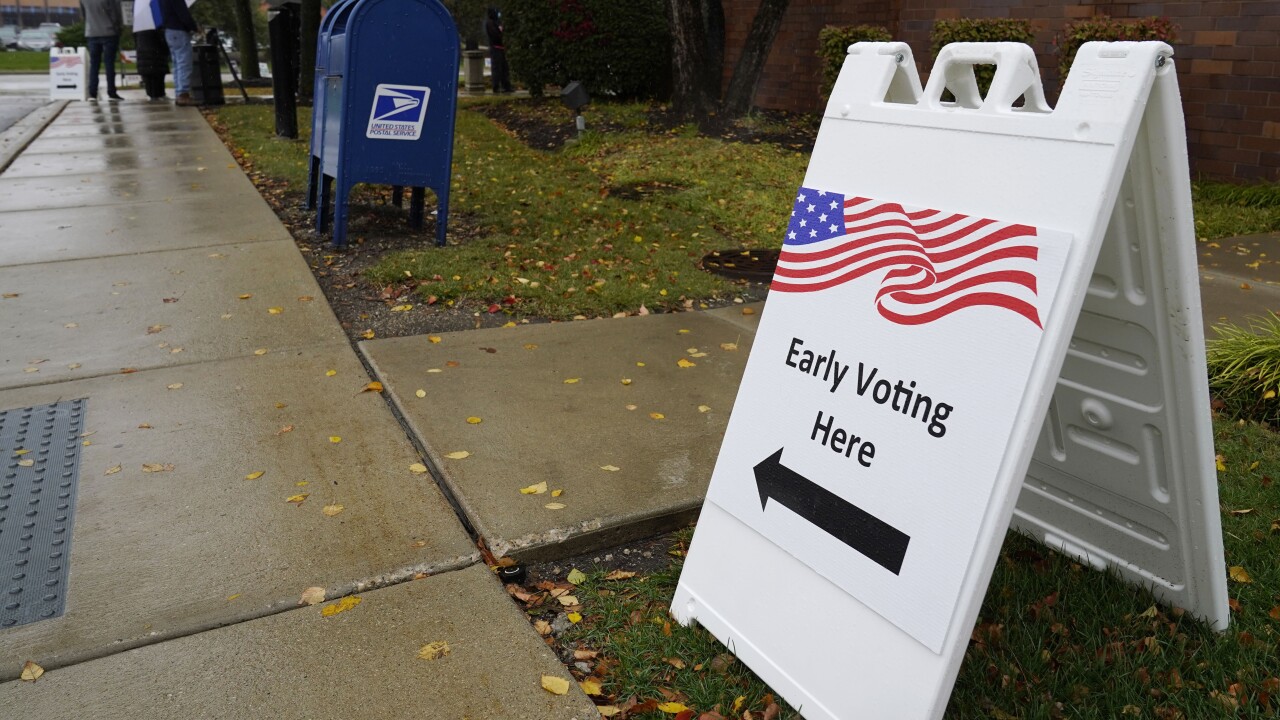 Copyright 2020 The Associated Press. All rights reserved.
Nam Y. Huh/AP
An information sign shows outside the Elk Grove Village Hall as voters wait in line during early voting at Elk Grove Village, Ill., Friday, Oct. 23, 2020. The US early voting total in 2020 has already exceeded the number of early votes cast in 2016 and there are still 11 more days to go until Election Day. (AP Photo/Nam Y. Huh)

Today, October 27, is the last day of early voting in Louisiana for the November 3 election.

Early voting for the election is open in every parish at the parish registrar of voters office, and in other locations as well, in some parishes.

To find the location(s) in your parish, click here.

For more information about how to vote early, click here.

There are more details about early voting below, just scroll down.

Early voting for the November 3 election started on Friday, October 16.

KATC Investigates pulled the figures for Acadiana's parishes so far.

As of the close of early voting sites last night, statewide, 860,840 people have cast their ballots so far. That's compared to 503,620 early ballots cast during the entire week of early voting for the November 2019 election, according to Secretary of State data.

For the last presidential election in November 2016, 531,555 votes were cast during early voting statewide.

The Secretary of State website says: "The registrars of voters will open their offices from 8:30 a.m. to 6 p.m. for each day of early voting (for the Nov. 3, 2020 election they will open their offices a 8 a.m. and close them at 7 p.m. for each day of early voting). When you go to cast your vote early, you will be asked to identify yourself with either a photo ID or signature on a voter affidavit. You may use a Louisiana driver’s license, a Louisiana special identification card, a United States military identification card that contains the applicant's name and picture or other generally recognized picture identification card that has your name and signature. You may wish to contact your local Registrar of Voters Office for specific locations, dates and times."

Here are the early voting locations for Acadiana Parishes:

(* indicates that these locations may be open for limited dates. Check early voting locations at the Voter Portal or contact your registrar for information.)

Due to Hurricane’s Laura and Delta, the Secretary of State's Office says that some polling locations have been relocated. For a complete listing of early voting locations, visit https://voterportal.sos.la.gov/EarlyVoting.