Willie Belton, a veteran of the Korean War, was honored in a special ceremony in Jennings today.

During the program, Belton was presented with the Louisiana Medal of Honor. In the Korean War, Belton was awarded the Bronze Star and the Purple Heart. He saved a life, and was shot three times while doing so, his daughter tells KATC. 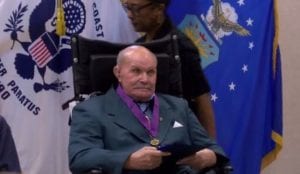 Belton, 86, was one of 12 children. He was a trained barber and long-time businessman in Acadiana, operating three barber shops and several other businesses. During his working years he sold cars and insurance, and worked in the landscaping, music and real estate industries, Fran Simon says. 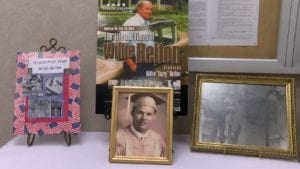 He also was active in the Civil Rights Movement, and marched three times with Martin Luther King. He was in the 1963 March on Washington, in the 1965 march from Selma to Montgomery, and the 1966 march from Memphis to Jackson. 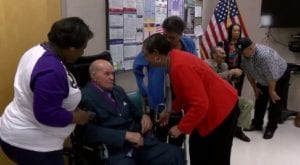 Today, he has four children, 12 grandchildren and several great-grandchildren, Simon said. More than 60 people, including family and friends, were able to attend the ceremony, she said.

“He was just soaking it all up,” she said.

Belton’s family created a video showcasing his life and achievements. Watch below: