With the help of the FACES Lab, Morgan City Police have identified the body they found in May 2018.

Kerry A. Lucas, 57, of Morgan City, was last seen by his family on May 10, 2018. Thru a facial reconstruction and DNA analysis and comparisons, the body found near David Drive later that month has been identified as Lucas, a spokesman said.

The body was found May 22 by a worker in a wooded area near David Drive. A positive identification of the body couldn’t be made, and an autopsy found no evidence of trauma or foul play. 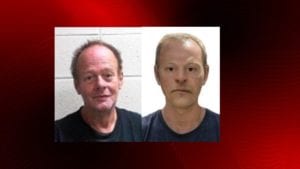 Although there were no signs of foul play or trauma, and due to the condition of the remains, the death was classified as undetermined, the spokesman said.

Morgan City Police Department investigators have contacted and notified family members and expressed condolences.  Investigators would also like to thank the F.A.C.E.S. Lab of L.S.U. for their assistance in this matter, the spokesman said.

If anyone has any information regarding this incident or had contact with Kerry A. Lucas between May 10 and May 22, 2018, they are asked to please contact the Morgan City Police Department Detectives Division at (985) 380-4605.