A man convicted in 2014 of molesting a child has been arrested again on a child sex charge.

Dex Michael Clements, 32, of Berwick, was arrested last week on a warrant for sexual battery. His alleged victim is a 13-year-old girl, Berwick Police say. He posted $40,000 bond and has since been released.

Clements was convicted in 2014 of indecent behavior with a juvenile. In that case, the victim was 7 at the time.  KATC TV3 interviewed the family of the victim in that case, after Clements got only probation – no jail time. The family told us at that time that they prayed that he would not hurt anyone else. 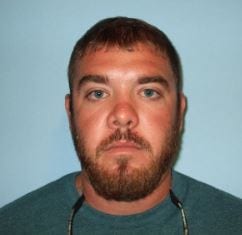 In 2017, Clements was convicted of failing to register as a sex offender, records at the St. Mary Parish Sheriff’s Office show.

He now is a registered sex offender. According to those records, he also goes by Dexter Clements.

Here’s the photo on his sex offender page:

To search for registered sex offenders in your area, click here.