In Henderson, Mayor Sherbin Collette says at least six homes and businesses have water inside them. 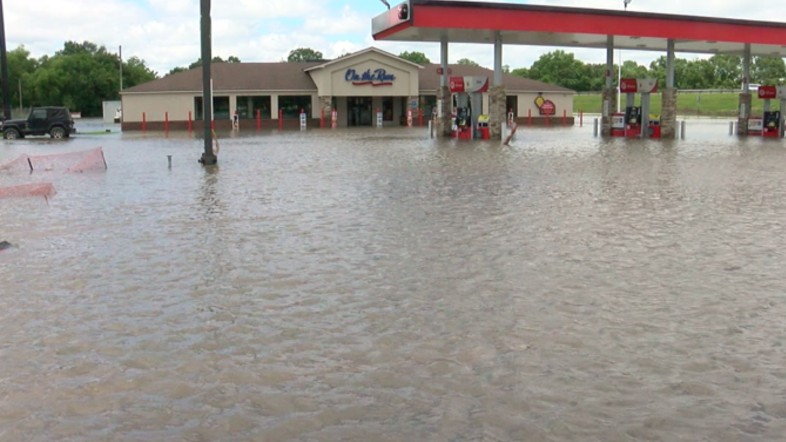 According to him, this is the fourth time the town has flooded this year, and it brought the worst damage overall.

After heavy rains, what locals call “the big ditch,” along Highway 352, floods, becoming a dangerous threat to drivers.

“Along Highway 352, once the water overrides the road, you don’t know about this big ditch, and that big ditch right here is about 8-9 feet. If someone rolls into it, the whole family could drown. It’s something we’re trying to prevent,” said Mayor Collette.

He believes the problem has been made even worse with the installation of the roundabouts off of I-10, which were closed for most of the day Thursday as a result of the water.

“As of right now, we have probably about three-and-a-half feet of water beneath the roundabouts.”

The mayor says DOTD is working to correct the problem, and he has a few ideas himself.

[The big ditch] can’t handle the volume of water coming to it. We need another exit for the water. I recommended to the DOTD, along the interstate, you could slope it and slope it to the True Canal. Maybe let a foot of water pass there. It would pretty much solve the flooding problem,” said the mayor.

Video from Thursday’s flooding is below: