The Department of Transportation and Development began deploying sand sacks along the flooded portion of LA 70 in lower St. Martin Parish.

DOTD says that these 100-foot long sand sacks are located along LA 70 between mile posts 7.6 and 8.1, which is approximately two miles north of the LA 70/Stephensville Road intersection. Officials add that the sand sacks are better equipped for the conditions at this location than water-retention dams. 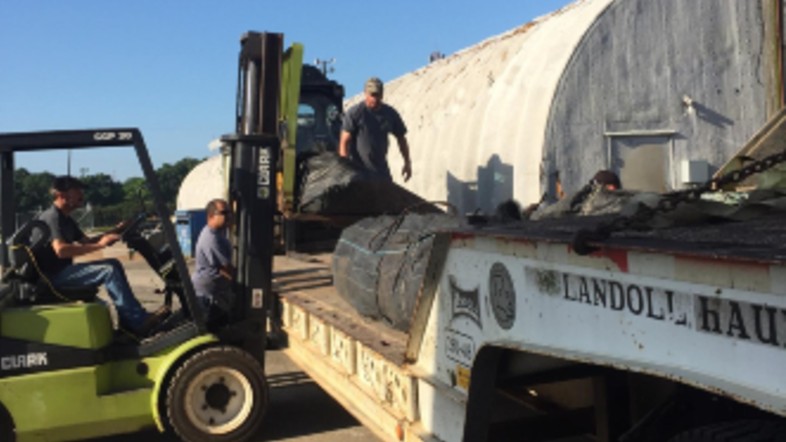 The department is working with local law enforcement to ensure that motorists drive through the area in a safe manner. Message boards, lights, and barricades have been installed to aid motorists in staying in their respective lanes and driving at a reduced speed. DOTD says they initially installed portable water-filled dams in this location to hold back the rising water, but the wakes created by vehicles traveling through the high water caused the dams to move out of place and rendered them ineffective.

In an effort to provide a permanent solution for flooding along this corridor, DOTD says they have initiated engineering and survey work to elevate portions of LA 70, which will minimize future flooding.

There is no official timeframe for this project, as funding has not been secured.

High levels of the Mississippi and Atchafalaya rivers are causing flooding because the surrounding smaller tributaries have nowhere to drain. 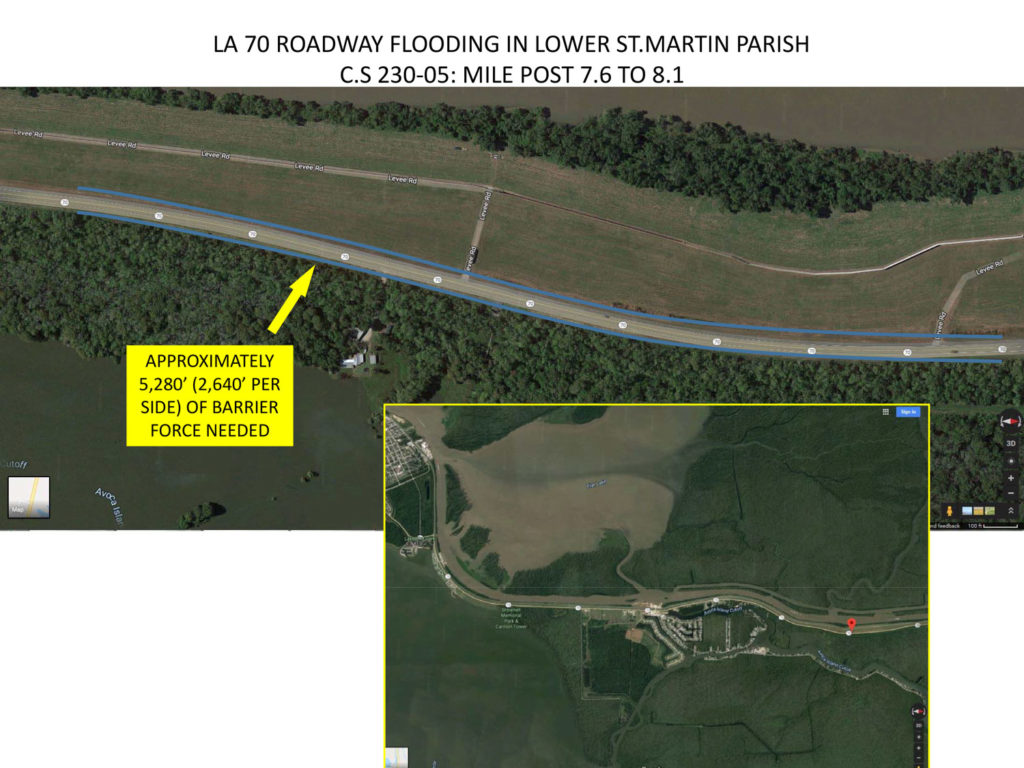 Additionally, DOTD announced that Friday that it will begin deploying approximately 6,000 feet of aqua dams along LA 70 between LA 996 and LA 69 in Assumption Parish. The dams will help to manage rising water on the roadway and to keep the highway open for travel as long as possible.

The dams that are being used were supplied by a Lafayette company, AmeriGlobe LLC. This year they have been installed in Iowa and North Dakota, and now Louisiana.

AmeriGlobe barriers have been used to open flooded roads, to protect schools, communities, and various infrastructure items. In 2011, two miles of the barriers were used to increase the height of a section of the Mississippi River levee south of Baton Rouge.

The Assumption Parish Sheriff’s Office will be assisting with police presence during the installation in order to reduce traffic speeds through the work zone. Installation will be completed more quickly if there is less wake action from the passing motorists.

DOTD has contacted businesses in the flooded area regarding how their driveways will be affected during this operation, and the businesses have been supportive of the department’s efforts. The water-retention dams will be installed so that the main entrances to Dow and Shell will remain open.

Motorists are encouraged to check the status of road conditions prior to beginning commutes to impacted areas.