A Lafayette man has been arrested in connection with a Wednesday morning shooting in Parks.

39-year-old Mark Willams of Lafayette was arrested and booked into the Lafayette  Parish Correctional Center on a charge of  Attempted Second Degree Murder.

The St. Martin Parish Sheriff’s Office says deputies responded to a call about a shooting in the 1000 block of Mouton Avenue around 8:30 Wednesday morning.

Deputies say a male victim sustained a gunshot wound following an altercation with Williams. He was transported to a local hospital and is currently in stable condition.

A warrant was obtained for Williams last night following an investigation into the incident. He was arrested by the Lafayette Parish Sheriff’s Office at a residence on Hobson Street in Lafayette, according to deputies.

The investigation into the shooting is ongoing.

Several viewers reported the shooting on Wednesday in the area of Mouton Avenue and St. Paul Street. Photos shared with KATC showed several emergency officials and air med on the scene. 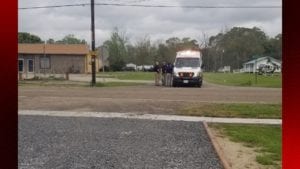 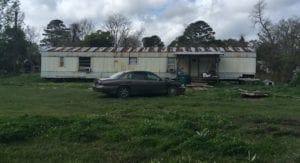