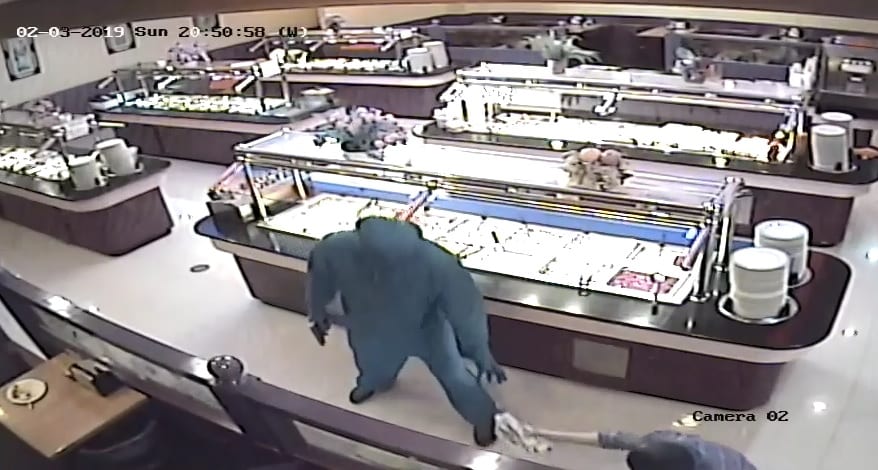 Police have released surveillance video of an armed robbery that occurred at a Breaux Bridge restaurant earlier this month.

Police say an employee was exiting City Buffet though a back door when an unidentified man entered the restaurant and threatened the employee with a silver and black handgun. The suspect allegedly put the gun to the employee’s head and walked into the dining area demanding money from people still inside. After the restaurant manager gave the suspect money, he left, according to investigators.

He was wearing a dark hoodie, mask, dark pants, and tennis shoes. Police say he also walks with a slight limp or favors his left leg.

If you have any information you are asked to call Breaux Bridge Police.