The Louisiana Office of State Fire Marshal has arrested a couple from St. Martinville and accused them of setting a man’s house on fire out of anger.

Brandon Hornton, 25, was booked into the St. Martin Parish Jail on Wednesday, October 24, on one count each of Aggravated Arson, Criminal Trespass and Possession of Schedule II Narcotics.

Ashley Girouard, 33, was booked on one count each of Aggravated Arson and Criminal Trespass.

Both were also booked by the St. Martin Parish Sheriff’s Office on several outstanding warrants. 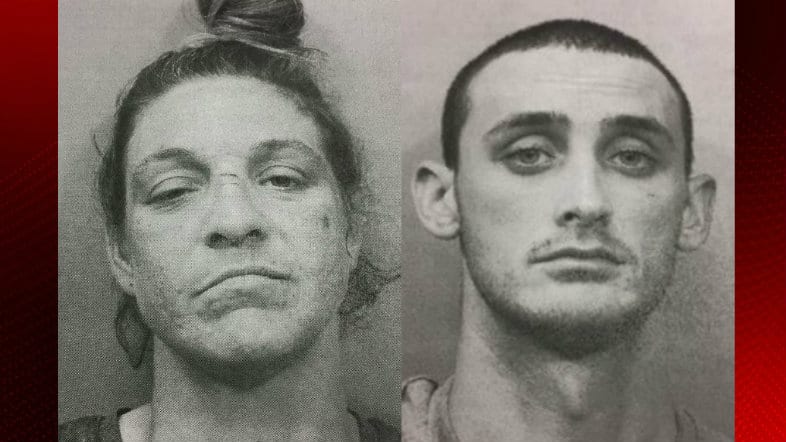 Early this morning, the Fire Marshal was contacted by the Cade Fire Department to assist with determining the origin and cause of a fire at a vacant house on Bayou Portage Road in St. Martinville.

Through investigative efforts, deputies were led to Hornton as a suspect. In an interview with investigators, Hornton allegedly confessed to setting the blaze by lighting clothes on fire. He told deputies he did it out of anger at the home’s owner and his friends, who he says tease and steal from him.

Hornton also allegedly told investigators his girlfriend, Girouard, helped him. While Girouard allegedly admitted to investigators that she went inside the residence with Hornton, she denied helping him set the fire.

Michael David Boudreaux, who owns the house and also a burned camper on the property, says his brother, who suffers from seizures, was asleep at his home, which is adjacent to the property, when the fire started.

“I said my brother right here is crippled. I said he lives forty feet from that house. I said he could have burned in that house. He can’t get out by himself.”

Boudreaux says Hornton may have had a problem with his son, but he wasn’t exactly sure about the suspects’ motive. 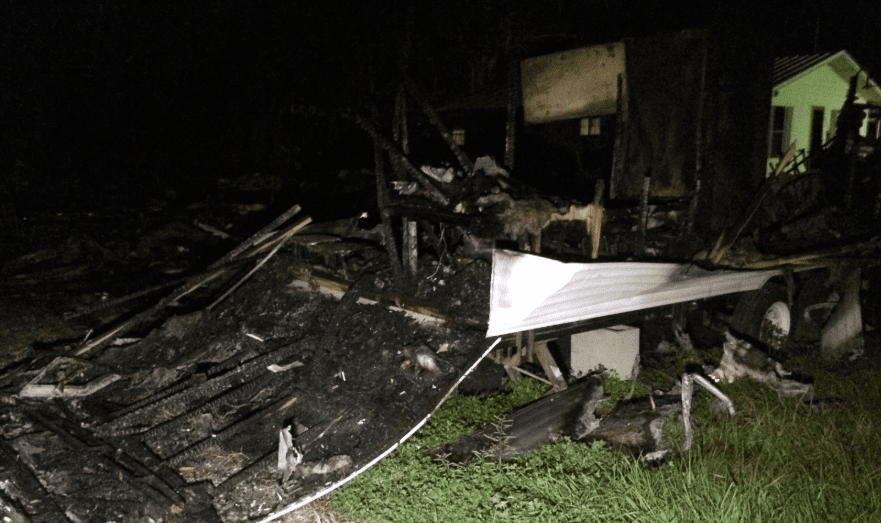