Bronze plaques that highlight some of the former merchants and property owners can now be seen on various corners in downtown Opelousas. 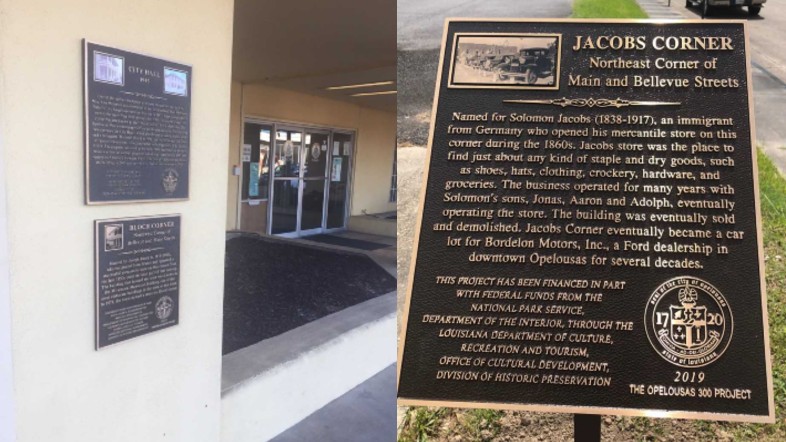 The preservation project was made possible through a State Certified Local Government grant in the amount of $6800.

Grant funds were used to fund six bronze plaques which identify the former merchants and businesses that were once located on various city blocks in the downtown area. 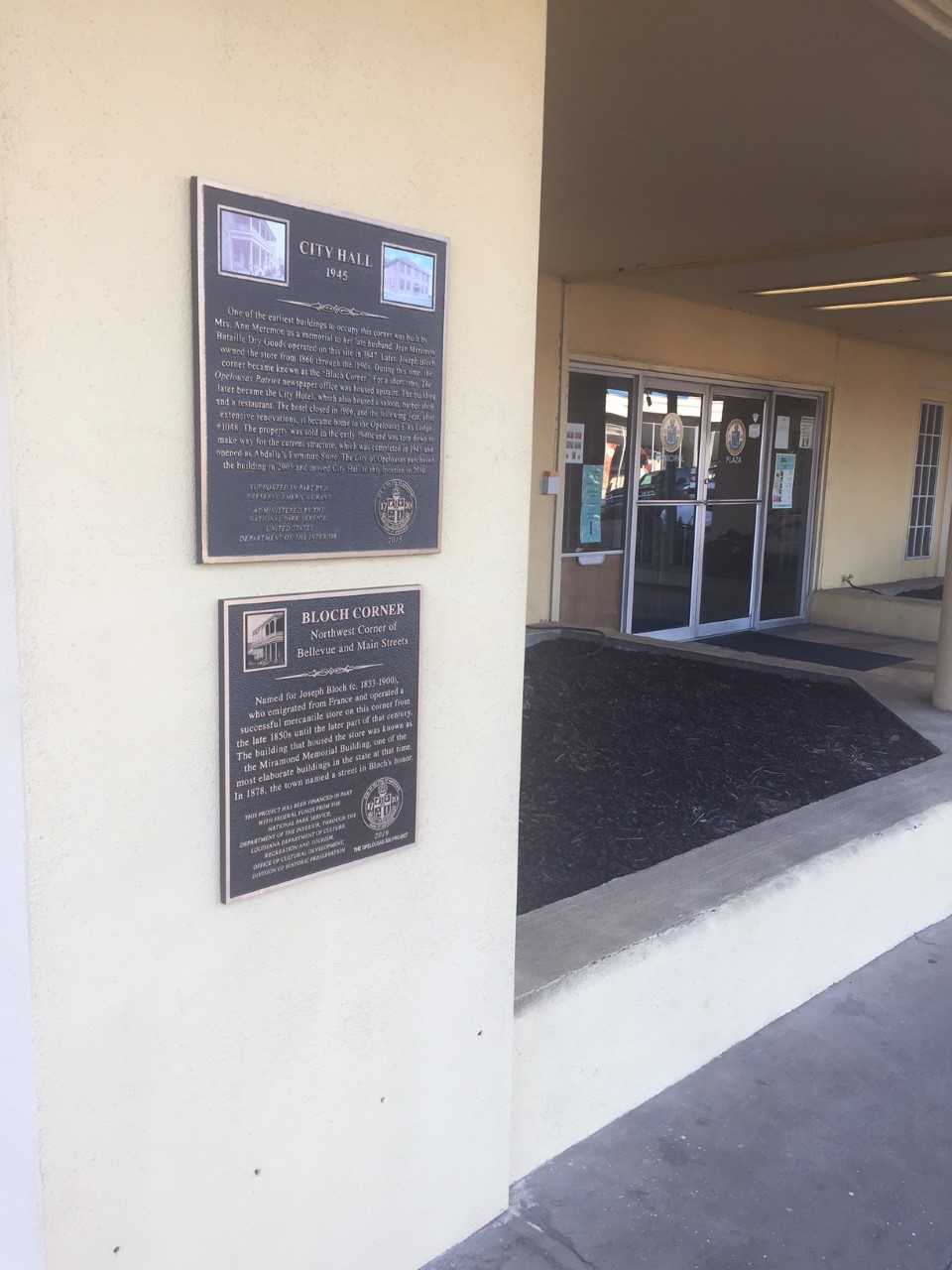 Last year, three pedestrian kiosks in downtown Opelousas were installed as part of another Certified Local Grant.  City officials say that funds from that grant were also used to revise and print copies of the city’s Historic District Walking Tour Guide.

In past years, Opelousas Tourism has been awarded over $35,000 in Certified Local Grant funding which have funded projects such as the Old General Store Exhibit inside the Andrepont Store at Le Vieux Village, the Zydeco Panel Interpretive Exhibit, interpretive signage for Le Vieux Village, Historic District street sign toppers and pedestrian kiosks.

The grant project was financed in part with federal funds from the National Park Service, Department of the Interior through the Louisiana Department of Culture, Recreation and Tourism, Office of Cultural Development, Division of Historic Preservation.