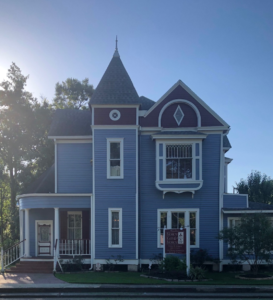 As part of National Preservation Month which is observed in May, the City of Opelousas honors property owners for special contributions and efforts in preserving historic architecture in the city. The award, which was presented at this week’s City Council meeting, was presented to Morrow, Gates & Morrow Law Firm. The firm is located in the historic William Sandoz Home at 613 S. Main Street.

The couple had four children, two girls and two boys. Ethel Caecilia, their first child, was born in 1894 in St. Martinville. In 1895, William & Blanche Sandoz built a single-story home on South Main Street in Opelousas. Just days before the home was completed, tragedy struck the family when their baby died at the age of only six months. 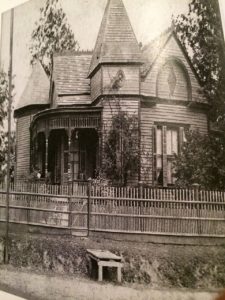 In the early 1900s, the second story of the Sandoz home was added. One of its special features was the cypress staircase that was constructed at that time. The home was also known for having one of the first modern indoor bathrooms in Opelousas.

The Sandoz family owned the house for several decades, and it was home to three generations. In the late 1970s it was sold, and soon after renovated to house a gift shop that opened there in 1981. In the midst of that renovation, a presence was awoken. Several instances that could not be explained occurred at that time and have continued over the years, according to Melanie Lee-Lebouef, City of Opelousas Tourism. Many “ghost stories” are now told by those who have owned the house, or even by those just visiting.

Many other businesses have operated in the Sandoz home over the following decade. In 2003, Stephen Morrow and John Michael Morrow purchased the house and it became Morrow Law Offices. In 2006, Jim Gates joined the firm and the named changed to Morrow, Gates & Morrow, LLC. and have been operating under that name ever since. 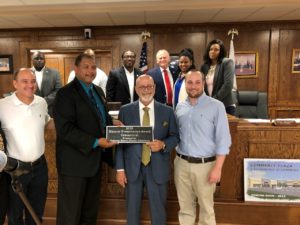 Over the years the historic home has been renovated and repaired many times. The present owners replaced the roof and restored the oak floors downstairs and the cypress floors upstairs. They have been careful to preserve some of the special features of its Victorian style by maintaining the original windows and the special cypress staircase. Most recently the historic home’s exterior was repainted to reflect the period of its construction.