One officer in St. Landry Parish is a “very good boy,” after placing 2nd out of 42 teams in the statewide narcotics competition.

K-9 teams from several different agencies around the state participated in this year’s event. K-9 Dino and his handler Captain Lance Guidroz placed 2nd overall in the competition. 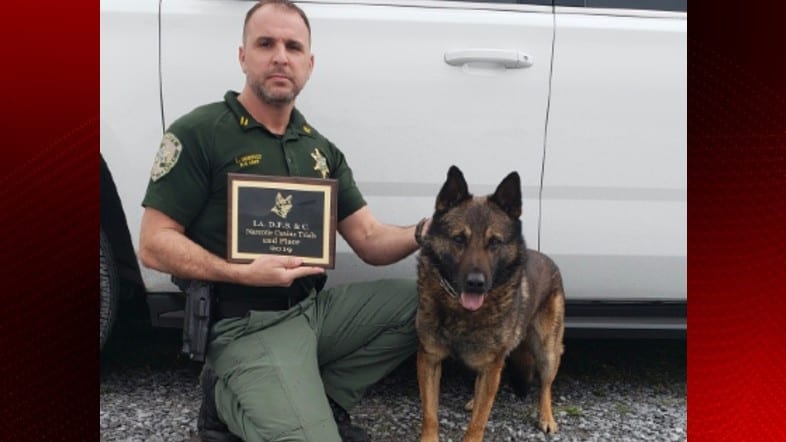 This type of competition showcases K-9 ability and handler skill as well and the working relationship the team has for each other. The St. Landry Parish Sheriff’s Office says that numerous hours of training and care go into these high valued tools to fight the drug crime in the parish.

Recently the team was used to locate over 80 pounds of marijuana.