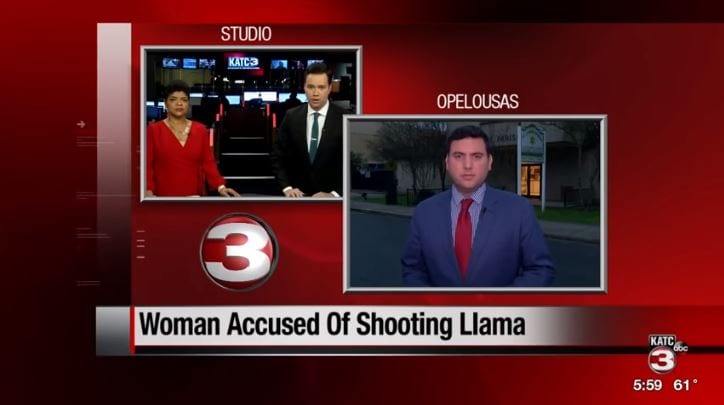 OPELOUSAS, La. (AP) – A Louisiana woman is accused of shooting her pet llama named Earl who she says attacked her.

News outlets report 67-year-old Madeline Bourgeois told St. Landry Parish Sheriff’s deputies that Earl had attacked her last week while she was working in her pasture. A sheriff’s office statement says Bourgeois told deputies she hit Earl and escaped the pasture, but returned with a gun and repeatedly shot him.

The St. Landry Parish Animal Control & Rescue says Earl was treated for a fractured rib and gunshot wounds. His condition was unclear as of Thursday.

Sheriff Bobby Guidroz says Bourgeois was right to defend herself during the attack, but wasn’t in danger once she left the pasture. She was arrested and charged with animal cruelty. It’s unclear if she has a lawyer.

SLPSO: Woman arrested for animal cruelty after shooting her llama