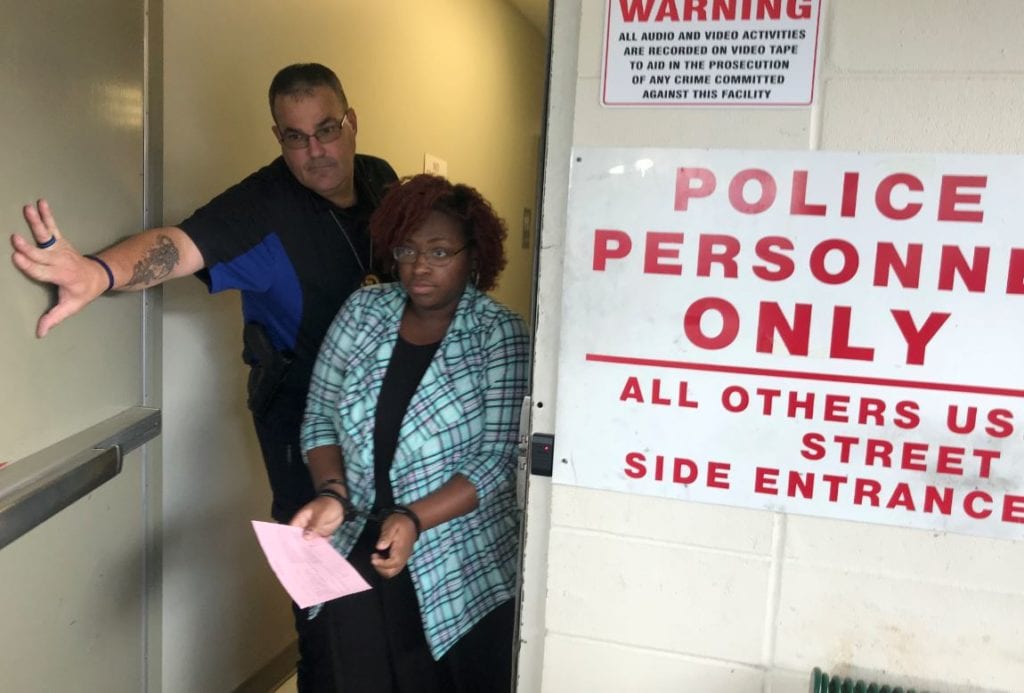 A substitute teacher was arrested at Port Barre High School today, accused of having sex with a 10th grade student.

25-year-old Constance Robertson of Washington was arrested and booked on charges of Felony Carnal Knowledge of a Juvenile.

The alleged incident happened in a classroom at school on a pep rally day, Port Barre Police Chief Deon Boudreaux said.  The student had video of the alleged incident, and was showing it to other students. The information made its way to the school administrators, who called police.

That same day, Port Barre police executed a search warrant to recover and view the contents of the student’s phone. Evidence extracted from the phone lead to Robertson’s arrest, the chief said.

The student was 16 at the time of the incident. The teacher told police she thought he was 18, the chief said.

It has been brought to our attention that a substitute teacher is being investigated by the Port Barre Police Department and St. Landry Parish Sheriff’s Department amid allegations of sexual misconduct with a student at Port Barre High School.

We are currently working with law enforcement as it pertains to this incident and are unable to comment further as this is a personnel matter and is under investigation.