All lanes open on I-49 in Carencro following two crashes

Carencro Police say that the inside lanes on Interstate 49 are closed in both directions because of two separate crashes.

The closure is near the Ranch Outlet on I-49, Chief David Anderson said.

On the southbound side, a motorcycle hit the guard rail. The driver has been transported to a hospital, Anderson said.

On the northbound side, an 18-wheeler jack-knifed and overturned, he said. Haz-Mat is involved, he said.

As soon as the scene has been cleared by Haz-Mat, both northbound lanes will be closed to move the vehicle, he said.

Motorists are urged to avoid the area if at all possible.

KATC’s Katie Easter was LIVE at the scene this afternoon.

Here are some photos from the scene: 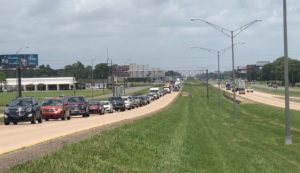 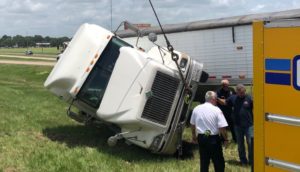 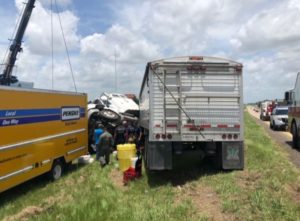