Five men were indicted in the cases: 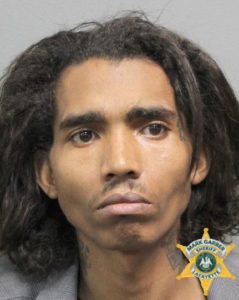 Ernest Jack White III, 31, was indicted on a charge of first-degree murder in the March death of his father, Ernest White Jr., 68.  At the time, police said they found White dead at a home on Edison Street; he had been shot. They arrested his son and booked him with first-degree murder, violation of a protective order, possession of a firearm by a convicted felon and possession of a firearm with an obliterated serial number.

Tyron Coates, 21, and Quentin Washington, 19, were indicted on a charge of second-degree murder in connection with the October 2018 slaying of Deamondre Arceneaux. At the time, Carencro Police said they found the body of Arceneaux, 19, in a ditch on Breaux Road near Francois Drive. Coates and Washington were arrested on murder charges in February.

Jeremy Edwards, 20, of Church Point, was indicted on two charges of first-degree murder in the March slaying of Adam Williamson, 20, of Krotz Springs and Dustin Wiltz, 21, of Lafayette. The two young men died in a shooting inside an apartment at the French Colony complex in Carencro. At the time police accused Edwards of shooting inside the apartment, killing both men.

William Williams, 26, was indicted on a charge of second-degree murder in the April 2018 slaying of Ethon Daigle. He’s accused of giving drugs to Daigle, who died of an overdose. Williams also overdosed, but he survived, police said at the time.

Also on Wednesday, the grand jury handed up an indictment of Ryan Edmond. Edmond is accused of attempted murder of a man in April 2018.