Stolen bike returned and new one delivered to man in Scott

After having his trike stolen from his home in Scott, Gene Vincent now has two yellow tricycles to call his own.

Friday morning, the Scott Fire Department put together the trike for Vincent and delivered it to his home. That trike was purchased by Joey Allgood who saw KATC’s post on Sunday and sprang into action. 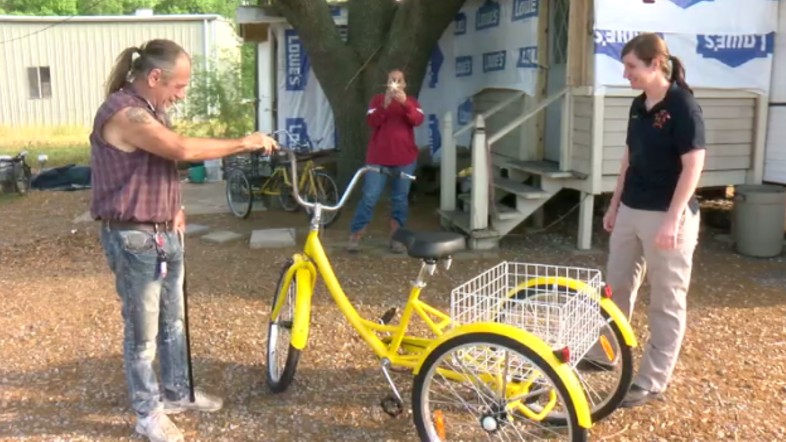 The trike he ordered Vincent is the same color yellow with a big basket.

Vincent’s original trike, named Big Bird, was returned after being spotted by a KATC viewer.  The bike was allegedly stolen from Vincent’s front lawn on Pecan Grove Road on Sunday.

Now, sheriff’s deputies have obtained a warrant for Glen Lee Robertson Jr. in connection with the theft.

Vincent’s sister, Tammy Myers, was there with KATC as the trike was dropped off.

“I want to thank KATC and the community,  the Scott Fire Department for being involved. For your part in putting it together and delivering Big Bird this morning,” Myers said. “I wanted to say a special thank you to Mr. Joey Allgood and his family for stepping up for being a Samaritan for my disabled brother. God Bless You All.”