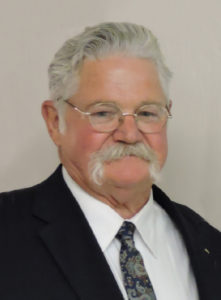 Nicky was born December 16, 1947, in DeFuniak, Florida to John Carter Peters and the former Lois Davis. He served as pastor of First Baptist Church in Carencro for 32 years. He was licensed to preach in December of 1978 and was elected to the Executive Board of Louisiana Baptist Convention in 1992. He was employed as a welder/steel erector in the Oil and Gas industry, and worked with Ron Randolph Oilfield Valve Service and Supply for 20 years. He was a veteran of the United States Air Force, having joined with his twin brother, Rick, on the buddy system. They served during the Vietnam War, stationed in different locations. They are part of a medical research program with received grants for research on twin pairs where one served in Vietnam and the other was stationed elsewhere. Nick was blessed to have his wife, Glyndia, as a huge support to his ministry. Together, they were always attentive to the needs of the community, whether someone needed visitation, prayer or a shoulder. They faithfully visited hospitals and neighbors in hard times and were there to lend a hand during the devastating flood in Carencro in March of 2012. Pastor Nick will always hold a special place in the hearts of all whose lives were touched by his easygoing nature, his smile and his love for God.

A eulogy will be recited from 7:00 p.m. until 7:30 p.m. Friday in the funeral officiated by Charles Brunt.
The family requests that visiting hours be observed from 4:00 p.m. to 9:00 p.m. Friday and will continue from 8:00 a.m. until service time on Saturday.

View the obituary and guestbook online at www.melanconfuneralhome.net.