Lafayette Police say a man has been arrested in connection with a shooting death on Sunday afternoon on Edison Street in Lafayette.

Police say they responded to a residence in the 400 block of Edison Street on Sunday in reference to shots fired. There, officers say they located 68-year-old Ernest J. White Jr. of Lafayette dead from an apparent gunshot wound. 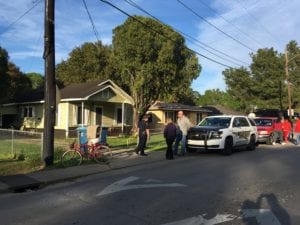