No injuries in vehicle fire

Firefighters in Scott responded to a vehicle fire on the same street a man was found dead today.

Both incidents happened in the 300 block of of Lebesque Road; however, they are unrelated.

Fire Chief Chad Sonnier says the owner of the vehicle was performing mechanical work on it when the fire began.

Firefighters responded to what they believed to be a residential fire at 6:28 p.m. When they arrived, they saw heavy flames coming from the engine compartment, which were threatening neighboring homes. 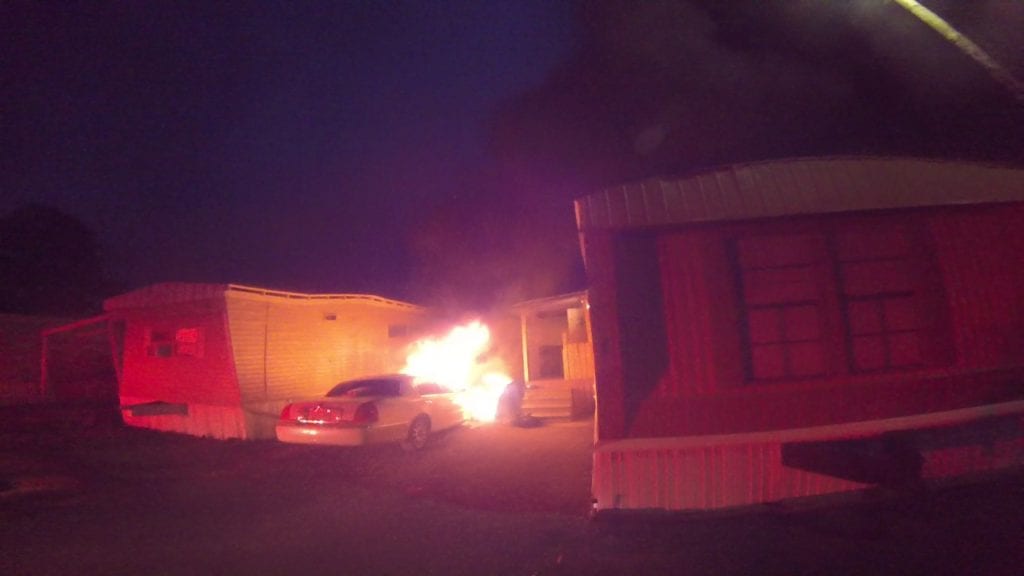 Firefighters were able to quickly bring the fire under control with minimal damage to the exterior of the vehicle owner’s home and an adjacent home.

Chief Sonnier says an investigation revealed the fire to be accidental in nature.

No firefighters or civilians were injured.