Sophi P. Cakes to close at end of April 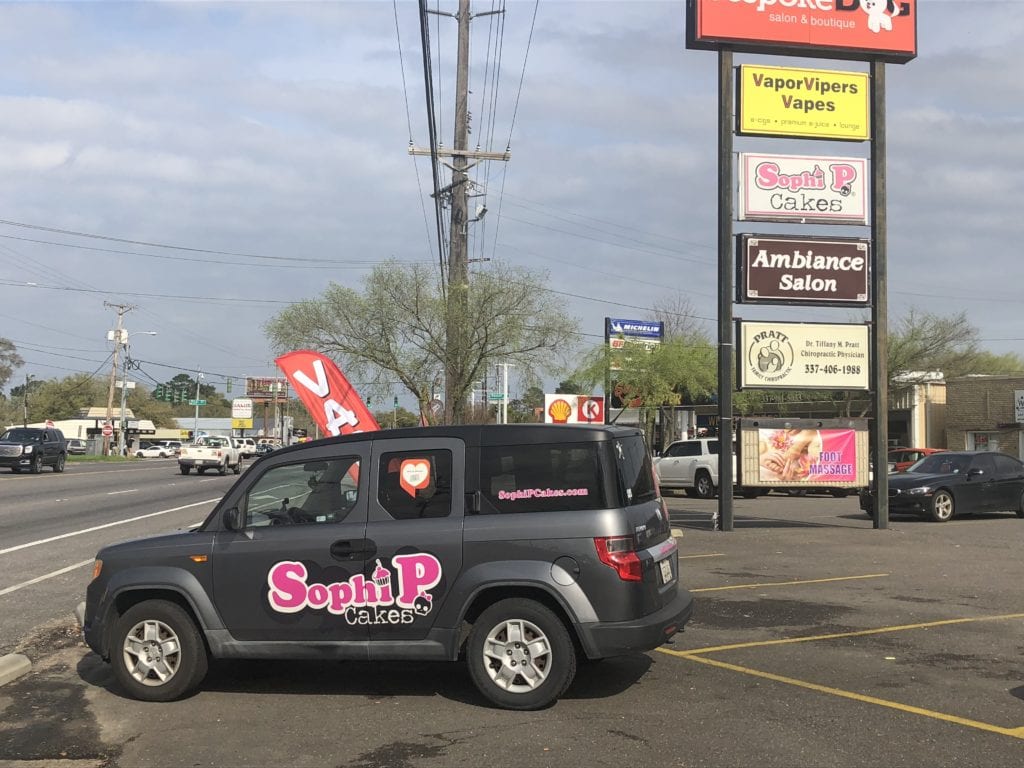 Lafayette cupcake bakery Sophi P. Cakes has announced that they will close at the end of April, according to The Advocate.

Bakery co-owner Jennifer Melancon confirmed with the newspaper that the shop will be closing, but not without a farewell tour of some of the shop’s most popular flavors.

“Sophi P. Cakes is closing,” Melancon tells the Advocate. “But Dustin and I aren’t just going to shut the doors. That’s not how we do stuff. Lafayette has been so good to us. They grew us out of nothing, so we’re going to give people the opportunity to say goodbye with a farewell flavor tour. We decided that we had to tell people before Mardi Gras so they don’t give up sweets for Lent.”

During the next seven weeks, nearly all of the bakery’s 43 flavors of cupcake will be available to customers. The farewell flavor tour begins on March 6. Find when favorite flavors will be available, here.

Sophi P. Cakes opened in Lafayette in 2010 and is co-owned by Dustin and Jennifer Melancon.

Read more from The Advocate.