Jeanine Foucher, executive Director at Acadiana Animal Aid says that when the vet tech arrived for work Thursday, she noticed two unfamiliar but sweet faces in their barn. 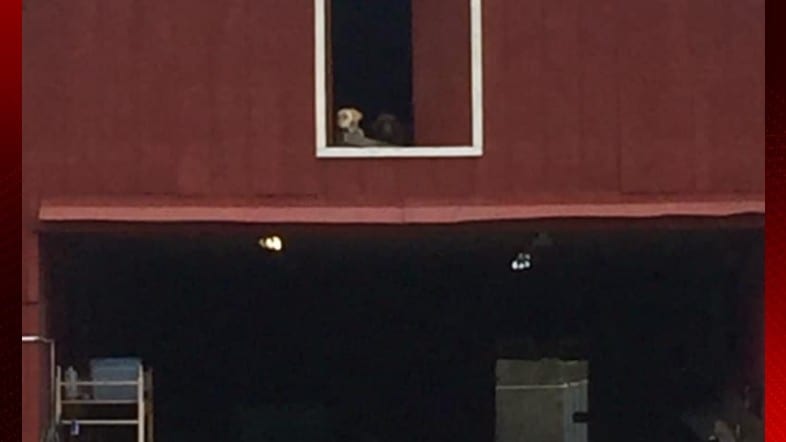 Two dogs, a chocolate and yellow lab named Nilla and Tank, sought shelter in their barn overnight after getting out. Foucher says the dogs were probably seeking shelter from the storm Wednesday night into Thursday morning.

The two were reunited with their owners within hours of being found.

Foucher says that their ID tags and microchips made all the difference in reuniting the pets and their people.

On Facebook, commenters say the two dogs traveled a distance to find shelter but found the perfect place to stay dry and safe.