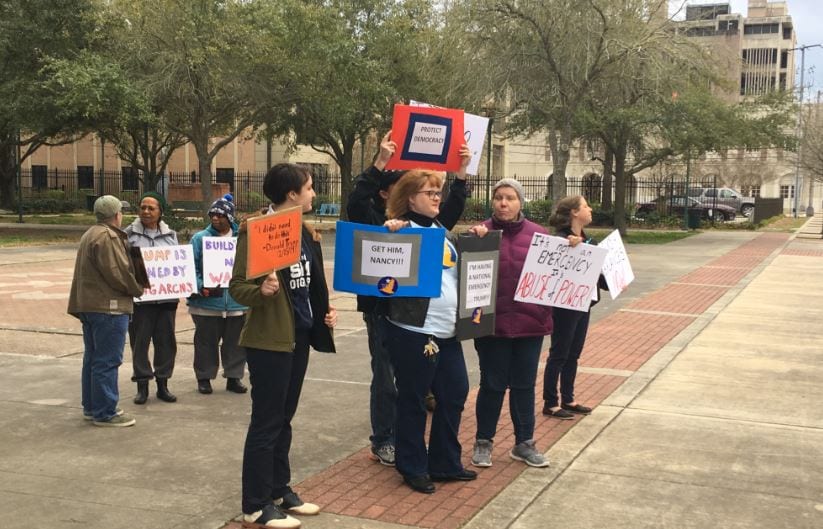 The protest was organized to object to President Donald Trump’s declaration of a state of emergency, a move he hopes will allow him to move forward with building a wall along the US-Mexico border.

The protest happened this afternoon in Lafayette, starting at Parc Putnam across from the city’s Federal Courthouse, and proceeding down Jefferson Street, past U.S. Rep. Clay Higgins’ office.

The protestors are calling it a “fake emergency.”